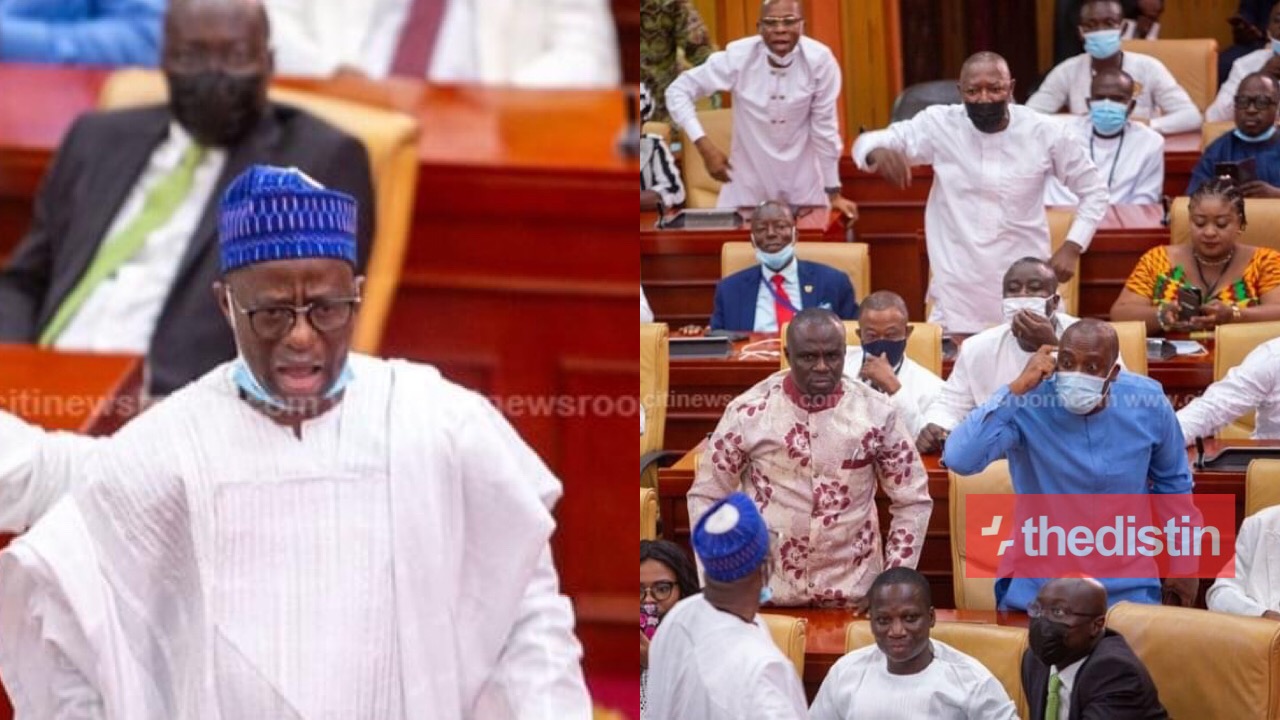 The NPP MP-elect for Hohoe, John Peter Amewu, ruffled some feathers when he confronted NDC MPs who are sitting on the Majority side of Parliament.

This is one of the dramas that took place before the commencement of the dissolution of the 7th parliament and inauguration of the 8th parliament of Ghana’s 4th Republic.

New development surrounding some of the confusions that set in among the elected members of parliament was when NPP MP-elect for Hohoe, John Peter Amewu’s actions to ask the NDC MPs to move to their seat was received as an offended comment from him.

From pictures sighted by Thedisti.com on Citi FM’s Facebook page, after John Peter Amewu’s confrontation, the NDC MPs seemed angry at him for telling them what they should do and shouldn’t do.

Read Also: NDC MPs ‘Sack’ NPP MP For Adansi Asokwa After He Asked Them To Vacate From The Majority Seats In Parliament, Photos Drop

First was when the NDC MPs arrived at parliament earlier and occupied the majority seat leaving the minority seats for the NPP.

Also, NPP MP for Adansi Asokwa, K.T Hammond caused a stir in Parliament a little earlier when he arrived.

He was eventually ushered away by the NDC MP for Pru East, Kwabena Donkor, click here to see pictures of the moment NDC MPs sacked K.T Hammond.

The confusion became very intense as it almost turned into a fight that saw MP for Ablekuma West, Ursula Owusu-Ekuful, who ended up on the floor as NPP and NDC MPs argued over who should be allowed to sit on the majority side of Parliament, click here to see the moment Ursula Owusu-Ekuful was seen on the floor.

As to whether she was pushed down by her colleague MPs, Thedistin.com is yet to be told.