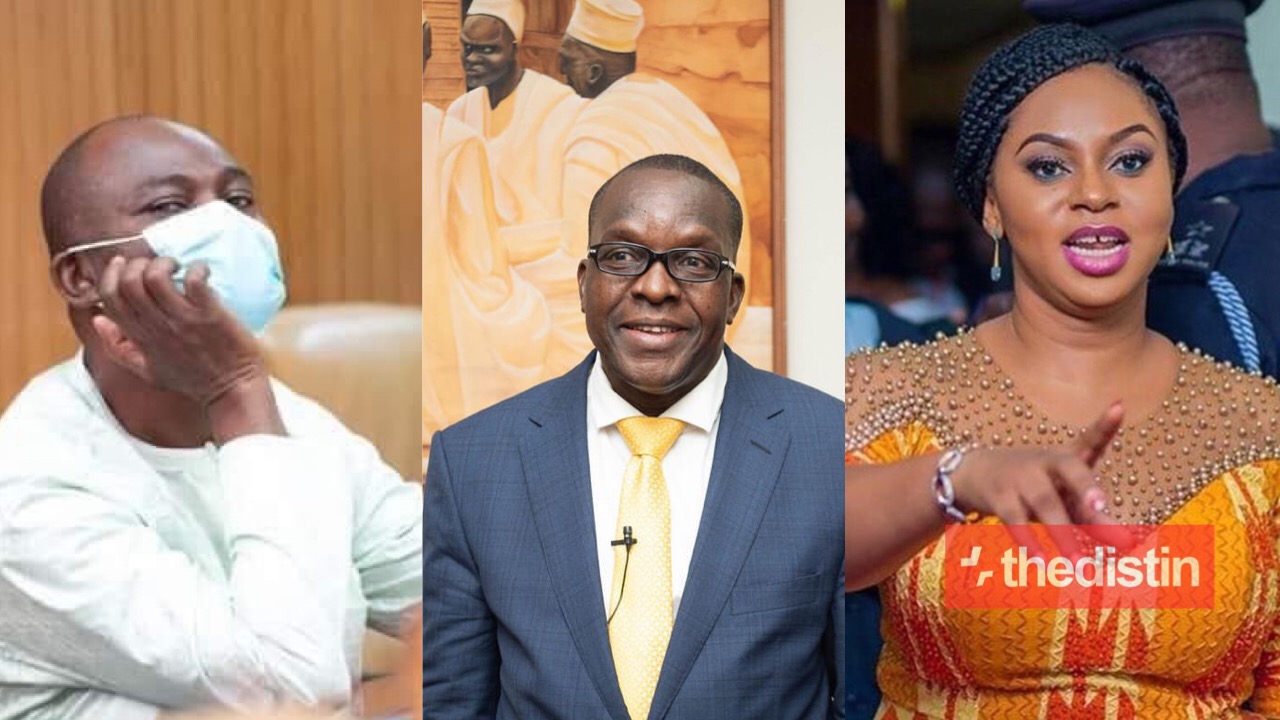 The NPP nominated former speaker of parliament, Mike Ocquaye as their choice with the NDC opting for Alban Bagbin as their nominee.

After a secret ballot was casted, it was alleged that, only 135 of 137 of the NPP voted for Prof. Aaron Mike Ocquaye.

This is what has caused a stir on the media as it was alleged that, from the votes casted, Bagbin beats Mike Ocquaye to the seat of the speaker of parliament 1 vote as one NPP member decides to vote for against the party.

Two allegedly decided to vote for Babgin with one, spoiling his or her ballot.

Social media users have started naming MPs they believe, could have voted against the former speaker of parliament.

Among the rumours of these MPs named are Hon. Adwoa Sarfo who faced a tight competition with the son of prof. Mike Ocquaye during the NPP primaries.

Another name which popped up is Hon. Kennedy Agyapong who was alleged to have blasted Prof. Mike Ocquaye after asking him to help his son win the election against his ‘baby mama’ of which he refuted.

Hon. Osei Kyei Mensah Bonsu, yes you would be surprised has also popped up in the list as it was also alleged that, his relationship with Alban Bagbin as he even campaigned for him against his own party candidate for the Nadowli parliamentary seat in 2016 as Bagbin was facing issues with the then NDC president, John Dramani Mahama.

MP for Sunyani East, Ameyaw Kyeremeh is also alleged to have been inclusive in the two vote differences as it was alleged that, he made certain comments to the president asking him not to nominate Prof. Mike Ocquaye as the speaker because a good number of NPP Mps do not like him.

Last but not least is The Fomena MP, Andrew Amoako Asiamah who won the seat as an Independent candidate.