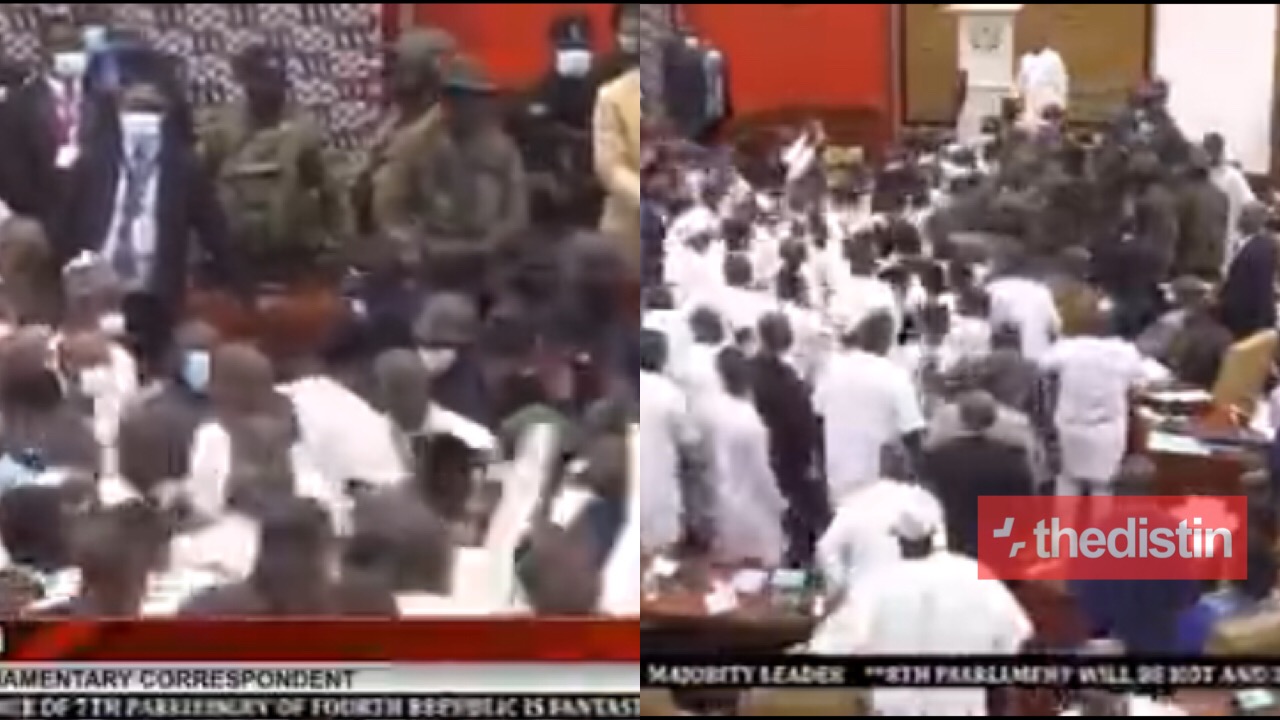 Heavily armed military men stormed the parliament house perhaps to deal with deviant lawmakers, but it ended up in a protest.

There was total chaos in Ghana’s Parliament leading to the invasion of military personnel in the chamber to restore order.

This follows a ‘war’ between the Members of Parliament on both sides of the political parties –  the National Democratic Congress and the New Patriotic Party.

The who scuffle was with regard to disagreements over a secret ballot being conducted by the Clerk of Parliament for the selection of a Speaker for the 8th Parliament.

Although it almost escalated, there was order later.