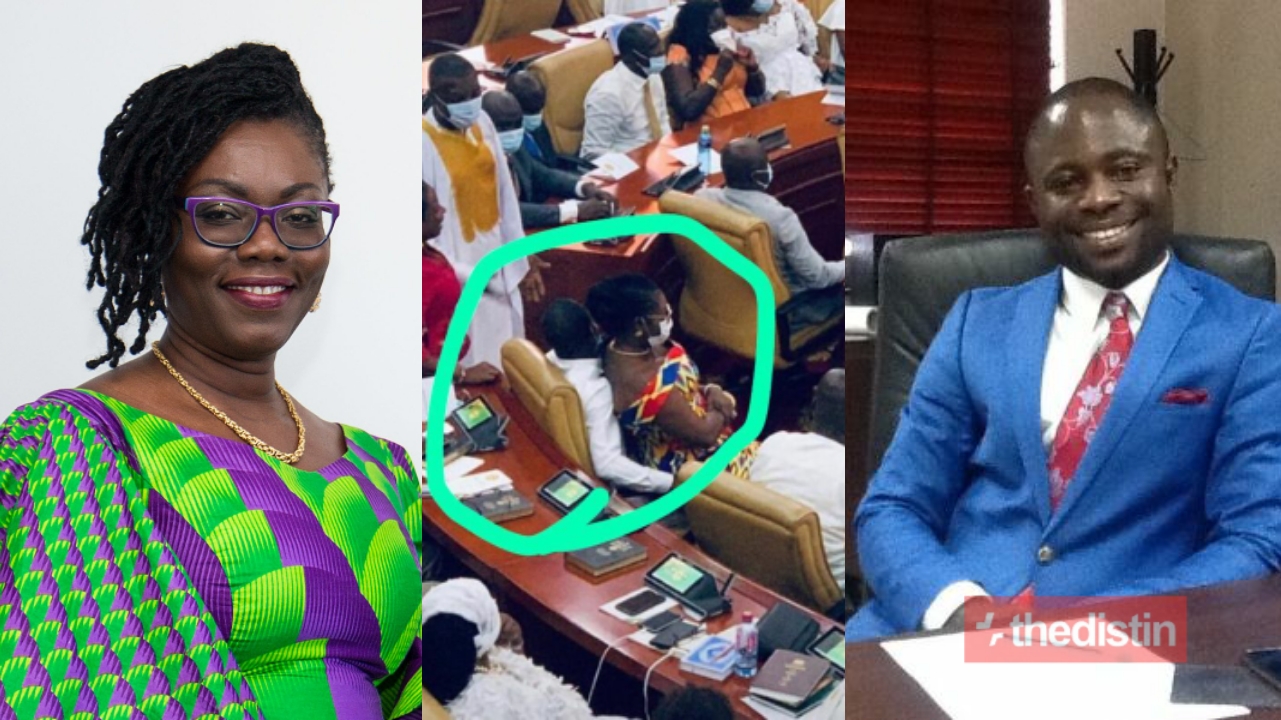 In a video available to thedistin.com, Hon Ursula Owusu did not want to accept the fact the NDC Caucus sat on the majority side of Parliament as a result sat on one of NDC MPs.

The NPP MP for Ablekuma West sat on NDC MP Kwabena Mintah Akonda for very long time before deciding to move to another seat.