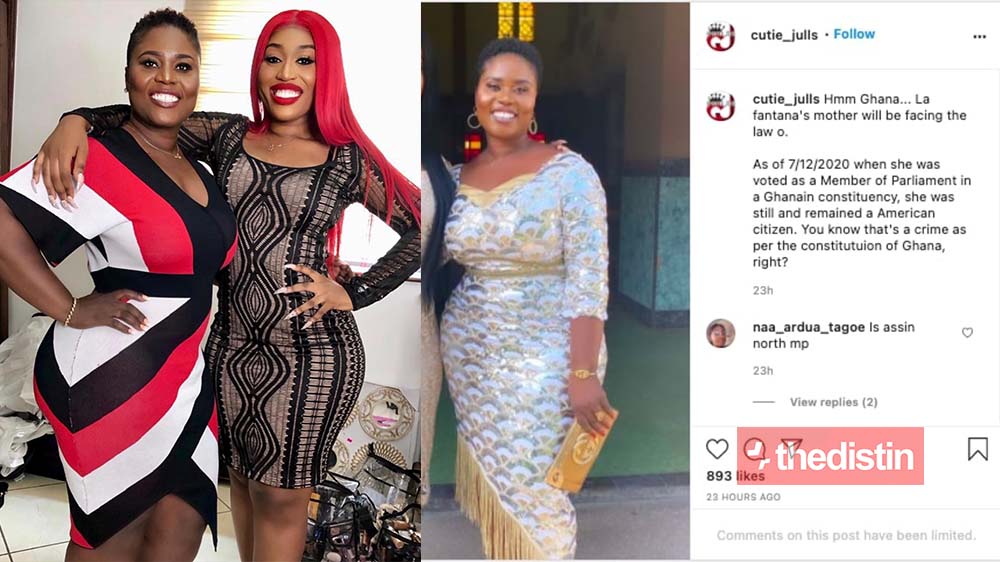 Musician Fantana’s mother, Dorcas Affo Toffey to lose her seat as a member of Parliament for Jomoro over an alleged criminal act

The MP who won the NDC primaries some months ago before going ahead to win the 7th December elections is said to hold dual citizenship thus American and Ghanaian.

This, according to a section of the law, is a crime on the part of an individual who wishes to be voted for into a higher office.

‘As of 7/12/2020 when she was voted as a Member of Parliament in a Ghanain constituency, she was still and remained an American citizen. You know that’s a crime as per the constitution of Ghana, right?