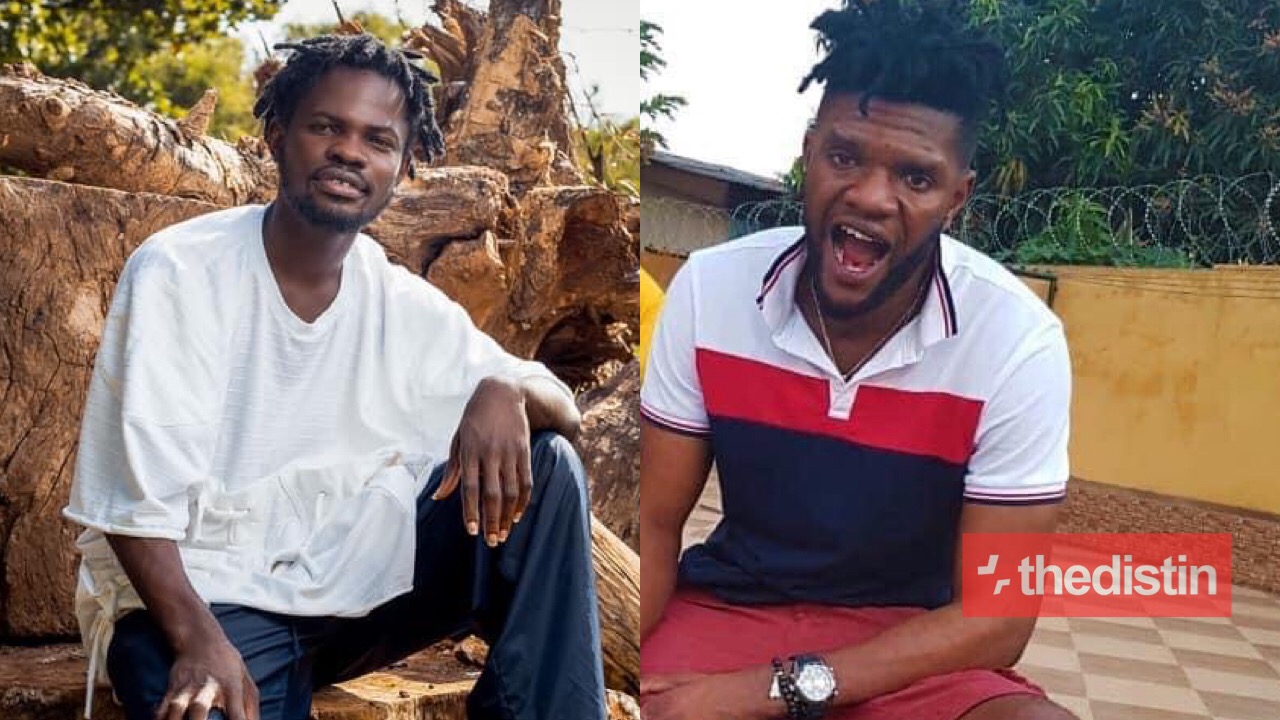 In an interview on Okay Fm with host, Abeiku Santana, Ogidi Brown and his former artist, Fameye clashed as they detailed their current relationship amid their Antoa issue over Fameye‘s unsettled $50,000 debts to him.

According to Ogidi Brown, he is not in good terms with Fameye but they can have business talks after they settle their current scuffle.

Read Also: I Can’t Kill Fameye – Ogidi Brown Explains Why He Dragged Fameye To Antoa And What Happened | Video

When Fameye joined the conversation, he revealed that he doesn’t want to talk about his issues with Ogidi Brown.

Fameye indicated that Ogidi Brown is still his boss regardless of their feud.

The interview above come after Ogidi Brown was spotted in a video bitterly lamenting how Fameye had used him and threatened to pay back by any means necessary.

In the video which has already been reported by Thedistin.com, Ogidi Brown indicated that the Nothing I Get singer was owing him some $50,000 but payment was not forthcoming.

The boss of OGB Music went on to add that even though Fameye had promised to pay up and even came to his house to plead for more time, the cash is still unpaid, click here to watch the video of Ogidi Brown calling Fameye out.

Also, it was disclosed by one presenter that Fameye has been summoned by the chiefs of Antoa after Ogidi Brown cursed him, click here to read more.

A video of Ogidi Brown again popped up that showed him at Antoa Town to proceed with getting rid of Fameye ones and for all that got many talking, click here to watch the video.

On 31st watch night, Ogidi Brown again trended after he was spotted at a church service leading praises and worship after threatening to end Fameye’s life, click here to see pictures.