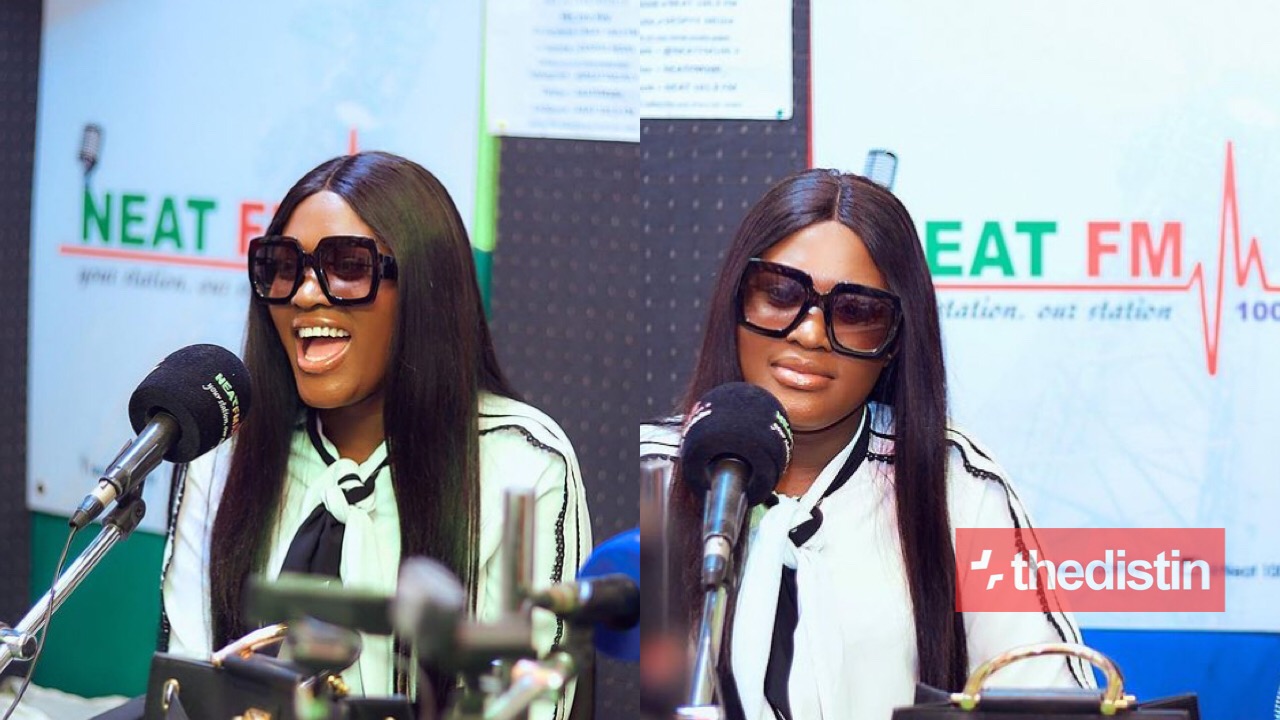 Ghanaian actress and entrepreneur, Fella Makafui has opened up on how she reacts to rumors of her husband, Medikal cheating on her, says he hasn’t cheated on her before.

Fella Makafui last year did not grant as much interview as her fans wanted, however, she began the year a good note with an interview with Zylofon FM on 5th January 2020.

According to her, things between herself and her husband are very smooth since they got married.

She indicated that there’s never a dull moments between them.

According to her, she and her husband spend a lot of time together at home if they have no work to do outside.

He revealed that Medikal is someone who doesn’t like going out a lot, if he would go out, then it’s because of work.

According to her, Medikal stays last into the night just to record songs.

She revealed that her favorite song of Medikal for 2020 is “La hustle”.

Since she is a lady and has a husband whom many ladies would want to be with, some can even boldly ask for a one night stand from, Sammy Felix asked her questions concerning rumors that Medikal has cheated on her.

When asked whether she gets scared that Medikal is cheating on her, she indicated that Medikal eats her food and he gets satisfied because she cooks it very well.

Fella Makafui stated that she is sure and confident Medikal is not cheating on him and even if he does, she is the boss and he always comes home.

Fella Makafui added that Medikal has never slept outside their matrimonial home even though he is a star and many girls might want to flirt with him.