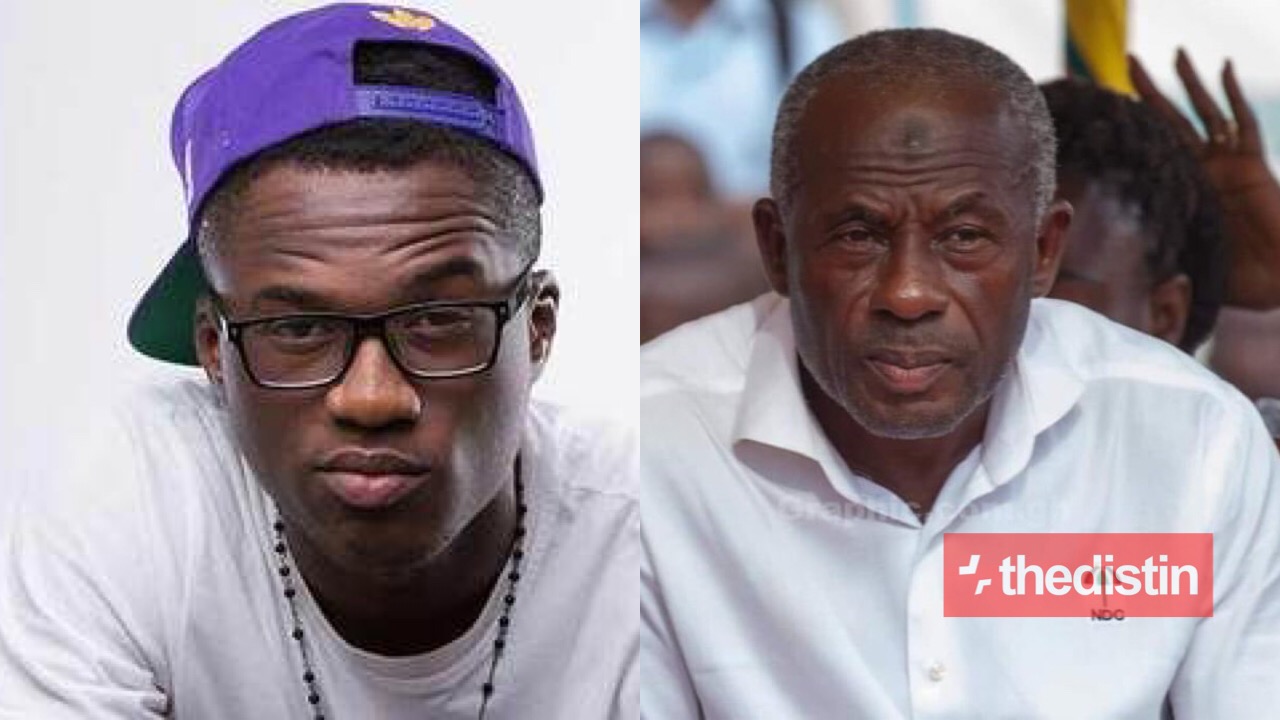 Ghanaian musician Joey B and Member of Parliament for Asutifi South Constituency, Hon. Collins Dauda’s resemblances has spark a serious rumors on Twitter.

A picture of Hon. Collins Dauda was shared on Twitter and immediately, some netizens started alleging that he is Joey B’s father.

The debate ensued among some lovers of the musician who have not seen both the member of parliament Hon. Collins Dauda and Joey B’s father until the truth was revealed.

The truth was revealed after the picture of Hon. Collins Dauda was shared by Pluzz FM indicating that he is a law maker and not Joey B’s father.

The rapper after sighting on the picture also commented, Joey B funnily wrote:

make he adopt me eh?

Below are the pictures of Hon. Collins Dauda and Joey B: