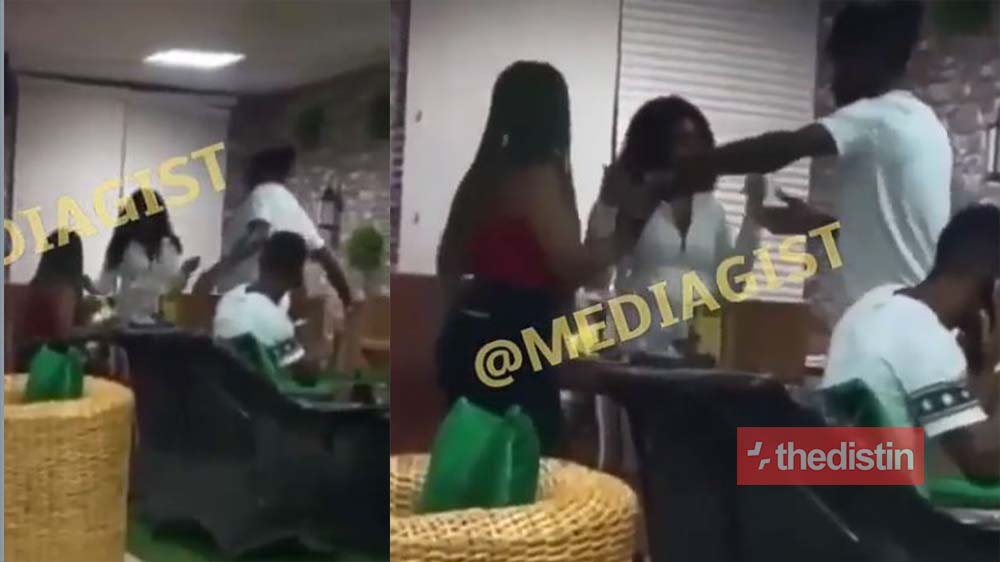 The video monitored by Thedistin.com shows the embarrassing moment a young lady walked into a restaurant to disgrace a young man in public.

Read Also: Video Of A Beautiful Lady On Her Knees Begging Her Lover In Public Not To Dump Her Goes Viral (Watch)

According to what we can hear in the video, it’s obvious the lady in the white dress is the serious girlfriend of the guy who was spending some time with another lady.

Per what she said, after having s3.x so many times with him he is still cheating on her adding that he is not “satisfied abi”

She then slapped and poured the drink on the guy out of anger for what he has done to her.

Read Also: Last Video Of Becca’s Mother Complaining Bitterly About Her Before She Died Pops Up

The guy didn’t say much after the slap but rather he was protecting the other lady obviously because he does not want her to get hurt.