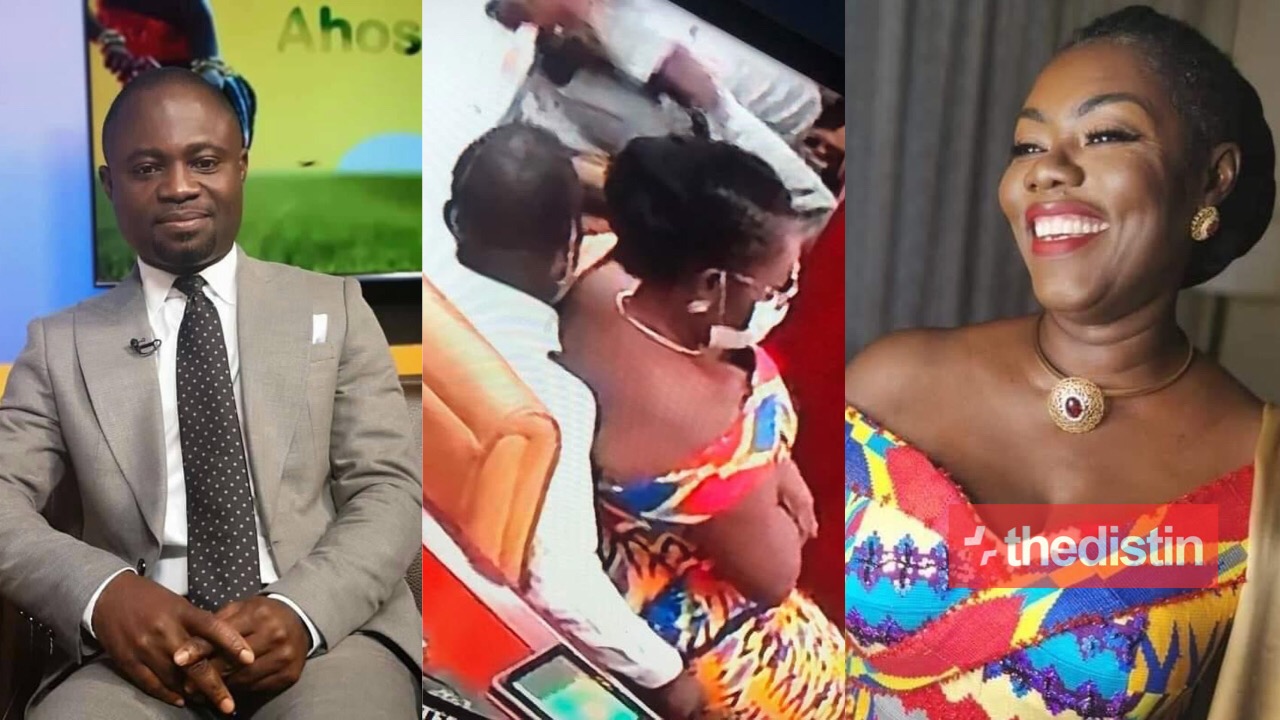 Member of Parliament (MP) for Juaboso Constituency, Kwabena Mintah Akandoh explains what led to Ursula Owusu-Ekuful using his laps as her chair in parliament.

Hon. Mintah Akandoh has explained that Ursula claimed he was seated on her chair and instead of discussing with him, chose to sit on his lap which he greeted.

It was observed that the NDC MP hardened up and could not move around freely after the Hon. MP got up from his laps.

“When the NPP MPs came in, they saw that we were on the right side so they went to the left but Ursula refused.

Cletus Avoka was sitting down and decided to go to the washroom, by the time he came back Ursula had taken his seat.

We tried to persuade her but she declined. She also left the seat and I sat on it. When she came she just sat on my lap.

Watch the video of him speaking after the incident below: