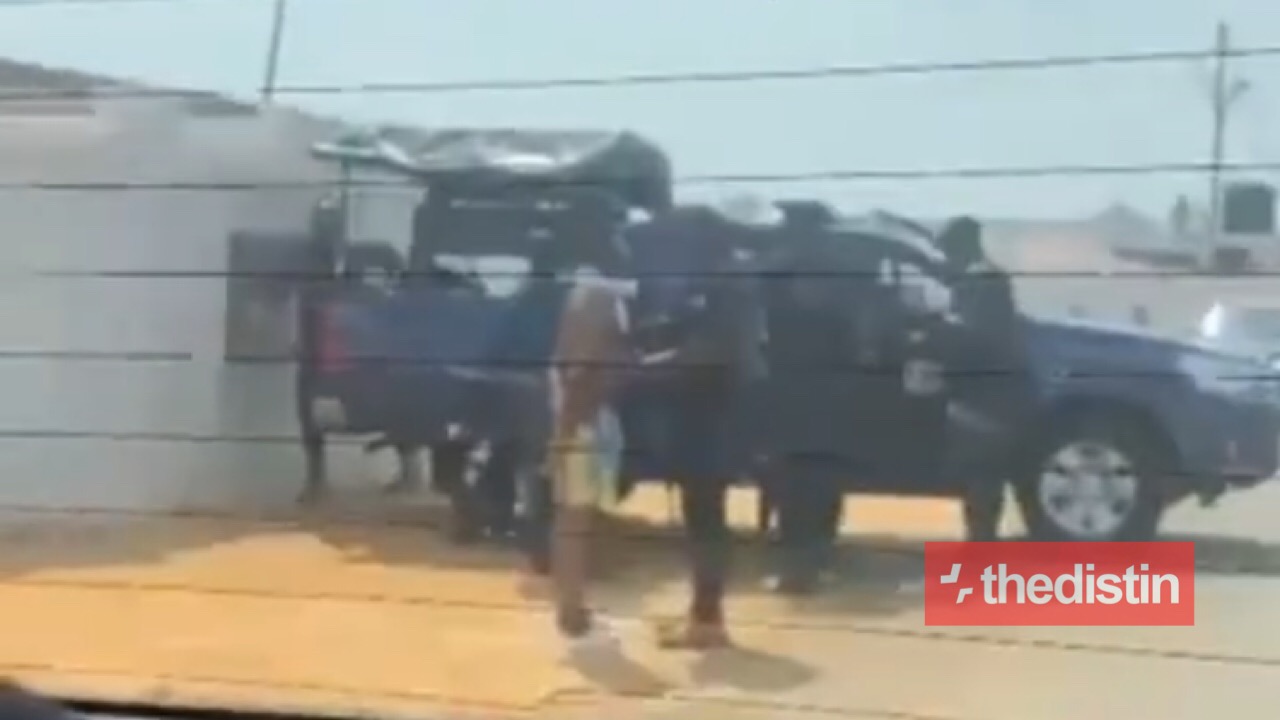 Nigerian musical icon, Wizkid has allegedly been arrested by the Ghana Police alongside R2bees.

In a report sighted by Thedistin.com on Celebritiesbuzz.com.gh, Wizkid was arrested for marijuana possession.

In video going viral over his arrest, the “Ojuelegba’ hit maker was seen in a humble state before the police as his hands were kept at his back.

However, there seem to be other reasons behind Wizkid and R2bees’ arrest somewhere in Accra which are not yet clear to Thedistin.com.

Ghanaian comic star Kwadwo Sheldon also confirmed news of the alleged arrest after he tweeted that Wizkid was actually apprehended in the company of R2Bees.

He wrote in a tweet: “Dem stop Wizkid and R2bees for some side..Nbs heat for here”