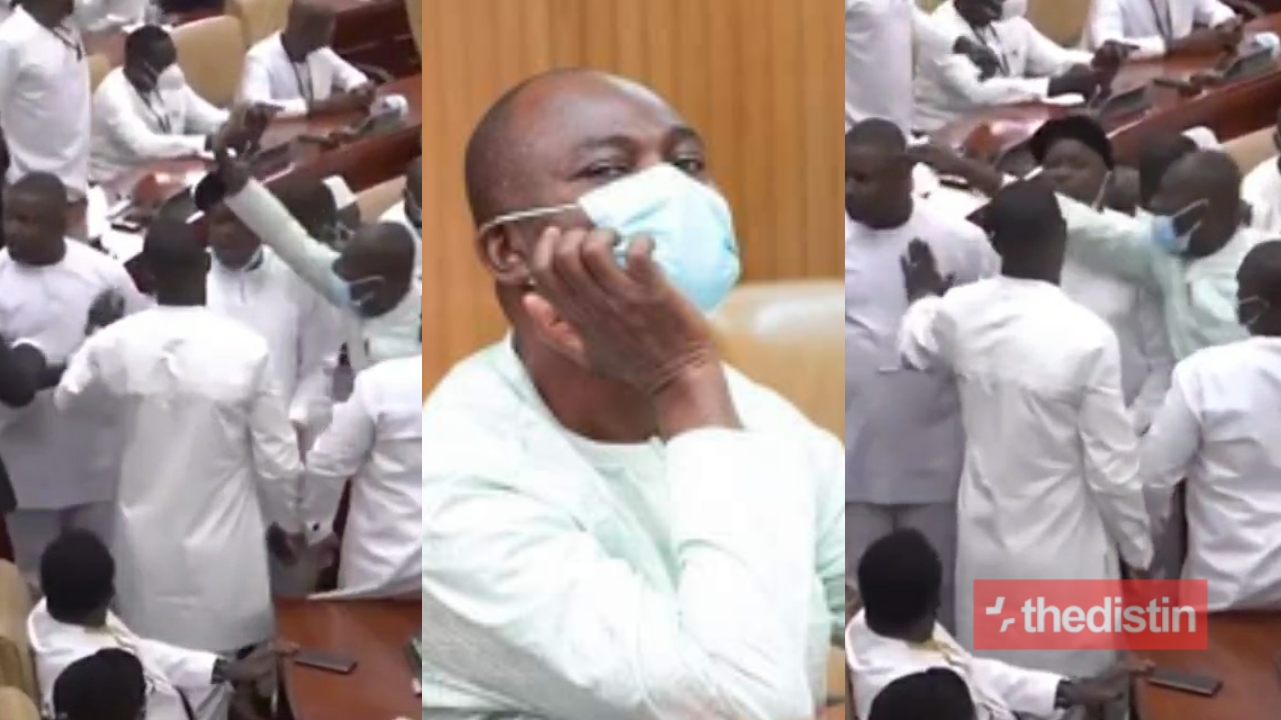 Member of Parliament for Assin Central Kennedy Agyapong who is noted for controversies is spotted shockingly ensuring peace between NPP and NDC in Parliament.

Parliament on 7th January 2021 was rocked with massive confusion between the NPP and NDC as they engaged in an election to choose a speaker of Parliament.

Read Also: Video Of The Moment Prophet Isaac Anto Prophesied That MPs Will Fight In Parliament On Their Inauguration Day

The confusion resulted in throwing fists between some NPP and NDC members of Parliament.

In a shocking video sighted by thedistin.com, Kennedy Agyapong who once said that, when he sleeps the two things he dreams about is fight and money, is seen trying to make peace between the NPP and NDC.

Kennedy Agyapong in the video is seen trying calm down one of the Jinapor brothers who was engaged in a serious argument with an NPP MP.