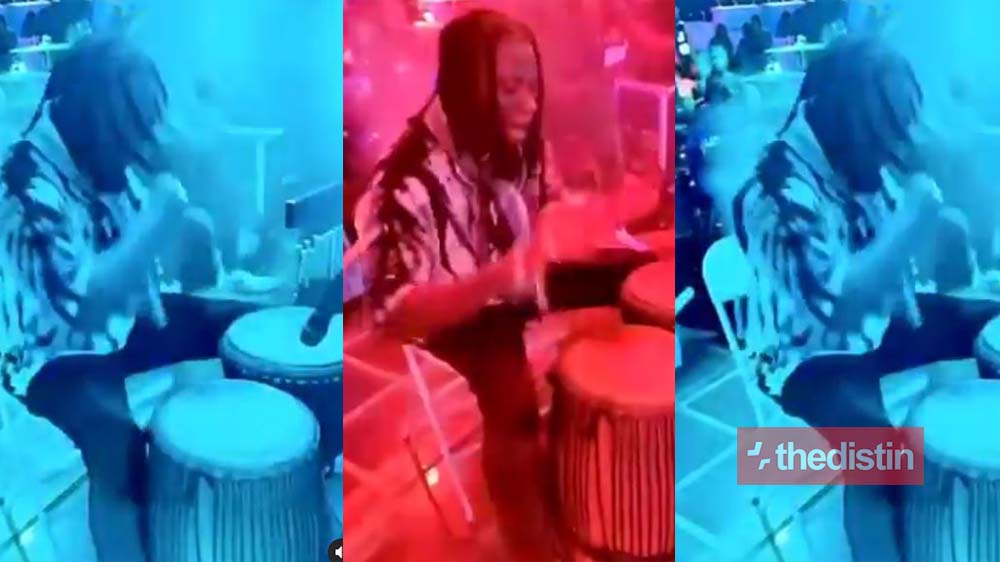 Read Also: ‘Some NDC Members Planned To Destroy Nana Addo’s Inauguration’ – Kennedy Agyapong Explains Why He Was Quiet In Parliament

Stonebwoy who is widely known for his great performances while singing his popular songs has given his fans a taste of other things he knows how to do.

While he was serving the audience with some live music perform, he decided to take over the job of the drummer to display his drumming skills like a true ewe man or guy.

Fans who were obviously surprised started hailing him and others called him “gbevu” which could mean “Kubolor” or a mafia.

Below is the video (Fast Forward to 6:55sec)