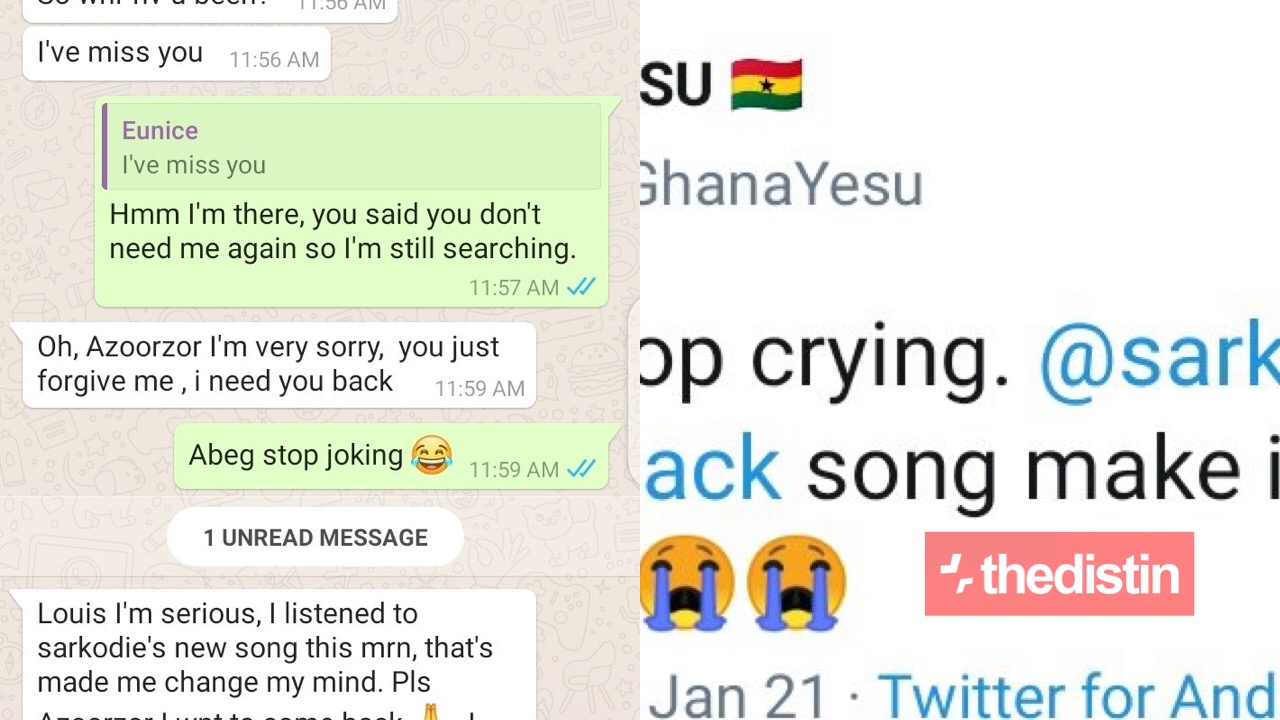 Young man identified as Louis but users Ghana Yesu on Twitter has heaped praises on Sarkodie for releasing his song titled “Come Back“.

Ghana’s most decorated and Africa’s most awarded rapper, Sarkodie has released the audio and visual of his newest song dubbed ‘Come Back‘.

The song has a good content and it talks about love.

Just as the title, the visuals shows two lovers where one was missing but later the two came back together as lovers.

Read Also: Video Of Former Speaker Of Parliament Prof. Mike Ocquaye Struggling To Come Out Of His Car

After the song was released, this Twitter user, Ghana Yesu shared screenshots of how he reunited with his girlfriend called Eunice.

He later revealed his reasons why he cannot afford to miss songs from Sarkodie, he wrote:

Below are his posts: