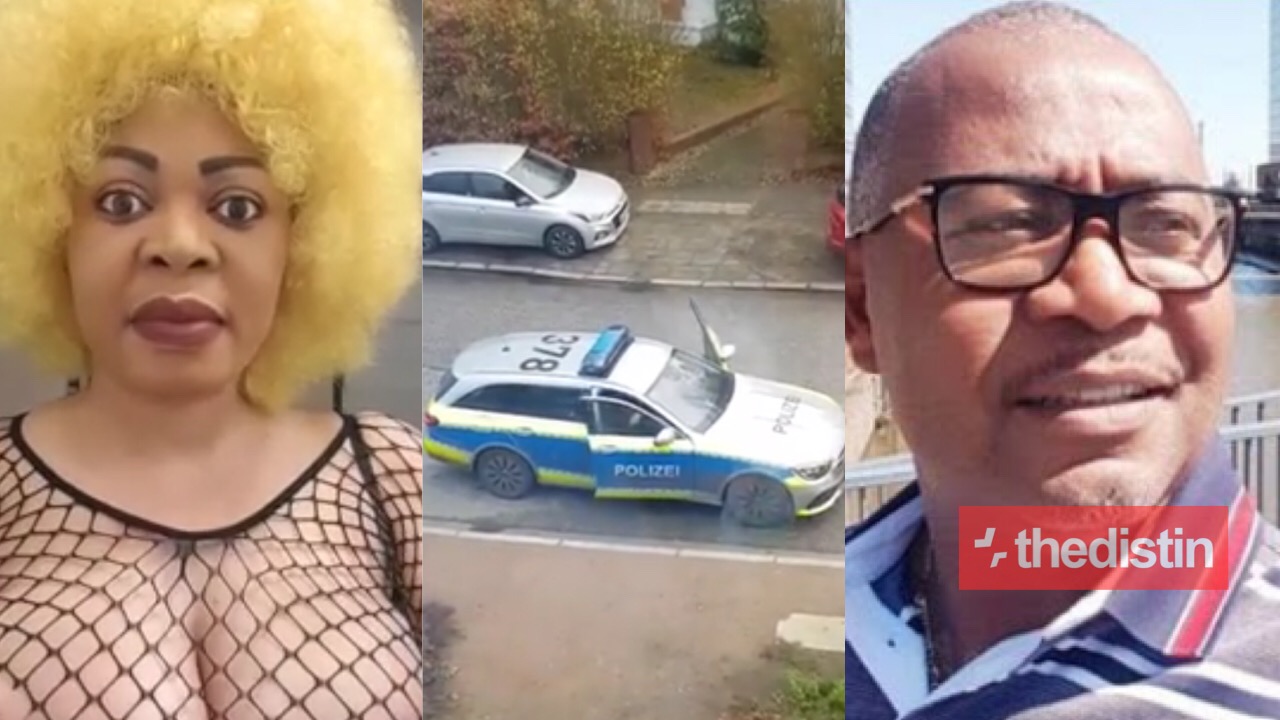 Former HIV/AIDS Ambassador, Joyce Dzidzor Mensah has shared a video of her attack by her baby daddy identified as Mr. Stephen and his wife in Germany.

In the video she shared on her Facebook page, she was seen with police and Mr. Stephen and his wife as they were being interrogated.

Read Also: When You Were Eating My Etwe With Your Tongue, Did I Take You To Court? – Angry Joyce Mensah Blasts Her Baby Daddy And His Wife | Videos

This is a development story of Joyce Mensah’s unsettled issues with her baby daddy whom she has revealed severally that after they had a child, he has not being performing his duties as a father.

From the video Joyce shared on her Facebook page, while explaining her side to the police, she detailed that they went for a DNA test which came out positive, but the man is still being violent towards her.

Read Also: Video: Joyce Dzidzor Mensah Strips For Her Followers on Her Birthday

Per Joyce’s side of the story, she explained that she was in her house when Mr. Stephen and his wife broke were trying to break in their room but her neighbor called the police and her baby was shouting “they want to kill us’.

“My baby daddy and his wife were breaking into my room to kill me but the neighbor called the police. I was supporting my door with my two hands while my baby was shouting  They wanted to kill us”

In the video, after the police maintained peace and haven warned Mr. Stephen and his wife, they drove in their car and left.

This video comes after Joyce Mensa had blasted the wife of her baby daddy for forcing her husband to drag her to court for allegedly sharing his pictures on social media.

According to her, Mr. Stephen has taken her to court severally and her lawyer has been replying letters from court whenever he (Mr Stephen) takes her to court.

Read Also: NDC Men Are Chisel, Upon All The Doggy Style I Gave Them, I Didn’t Even Get A Bicycle – Joyce Dzidzor Cries

This gingered Joyce to come out to talk about their love making moments, detailing what style he was giving her in bed and other raunchy things they ever did, click here to watch the videos