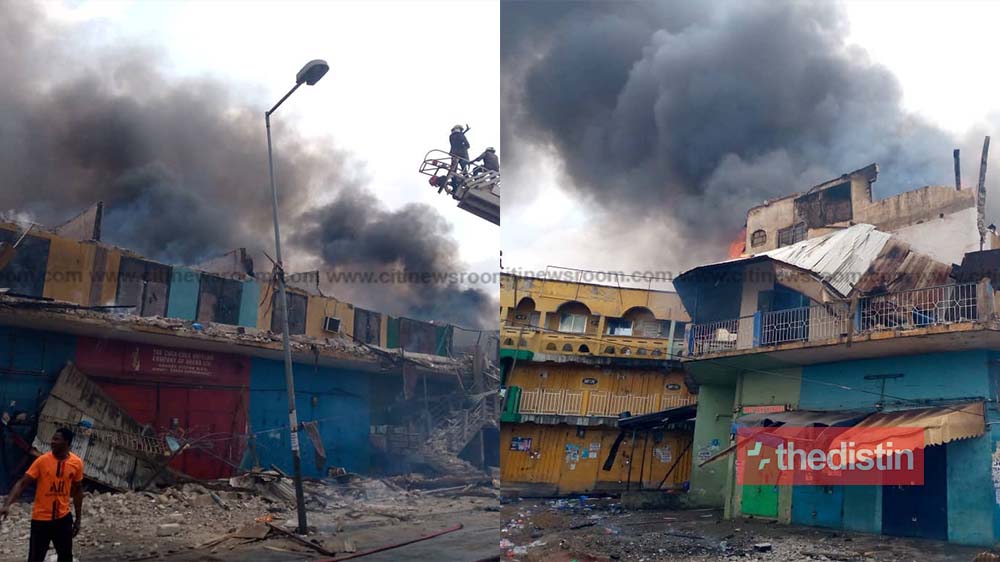 The fire started in the early hours of Sunday, January 10, 2021, when most of the shops in the building were closed.

Read Also: Mahama’s Election Petition Is ‘incompetent’ – EC Says After Nana Addo Wrote To The Supreme Court To Dismiss It

Citi News’ Ashanti Regional correspondent, Hafiz Tijani reports that at least five fire tenders have been dispatched to the scene from different fire stations within the Kumasi metropolis.

The shops, most of which resell consumer goods have been consumed in flames that are fast spreading and “proving hectic for fire officers to contain.”

Some eyewitnesses told Citi News that they suspect that the fire started when a welder was brought in by a store owner to work on his shop.

About 100 shops are believed to have been affected.