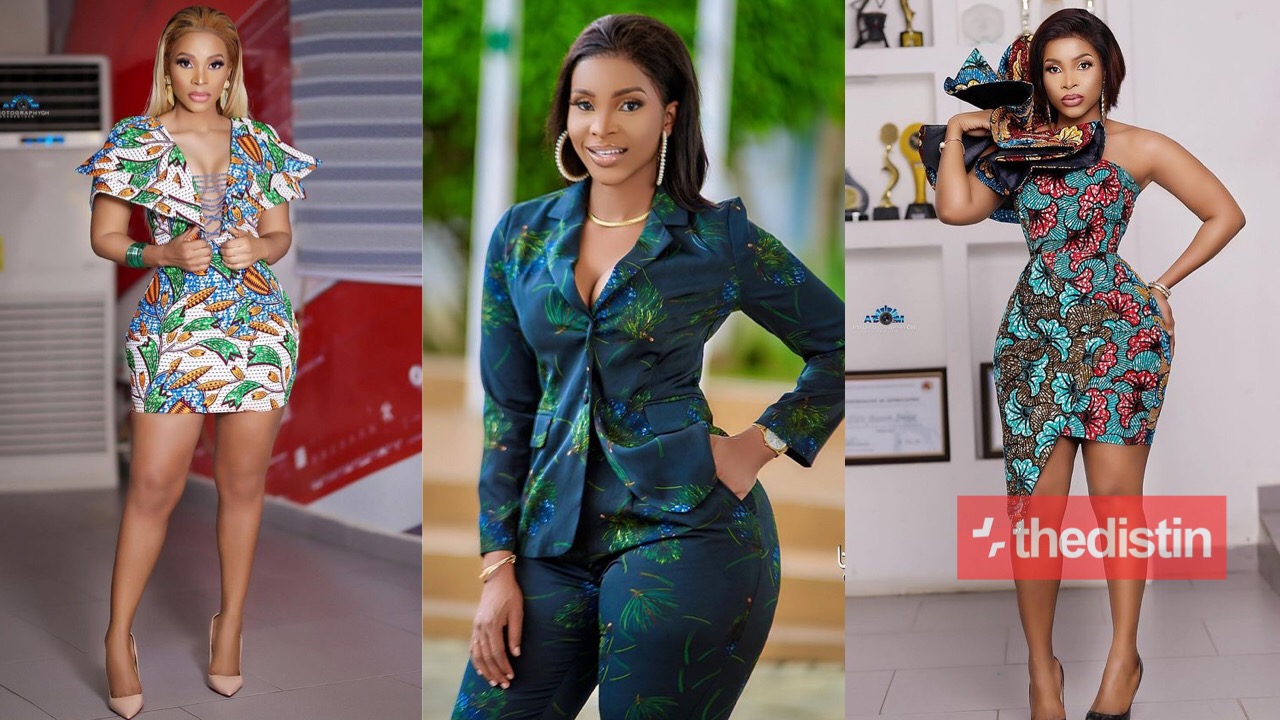 Actress and TV personality Benedicta Gafah has stunned her fans with a new bikini photo on social media.

The photo has the TV3 Music Music presenter showing off her beautiful skin and curves in a bikini.

Gafah is seen in the photo seated on a bed and dressed in a black bikini with white designs in it.

Rocking fluffy hair, the Kumawood actress holds a wine glass and sips from it in style.

Read Also: Abrokwah Was My Ex-Wife Because I Fed Him – Afia Schwar Gives Five Reasons Her Ex-Husband Was A ‘Woman’ | Video

The posturing of Gafah on the bed brings out the curves she nd possesses and shows how shapely a lady she is.

Apart from showing off her shapely figure, the photo also shows the actress to have beautiful skin which is faultless.

Sharing the photo, Gafah described herself as an “exclusive baby.”