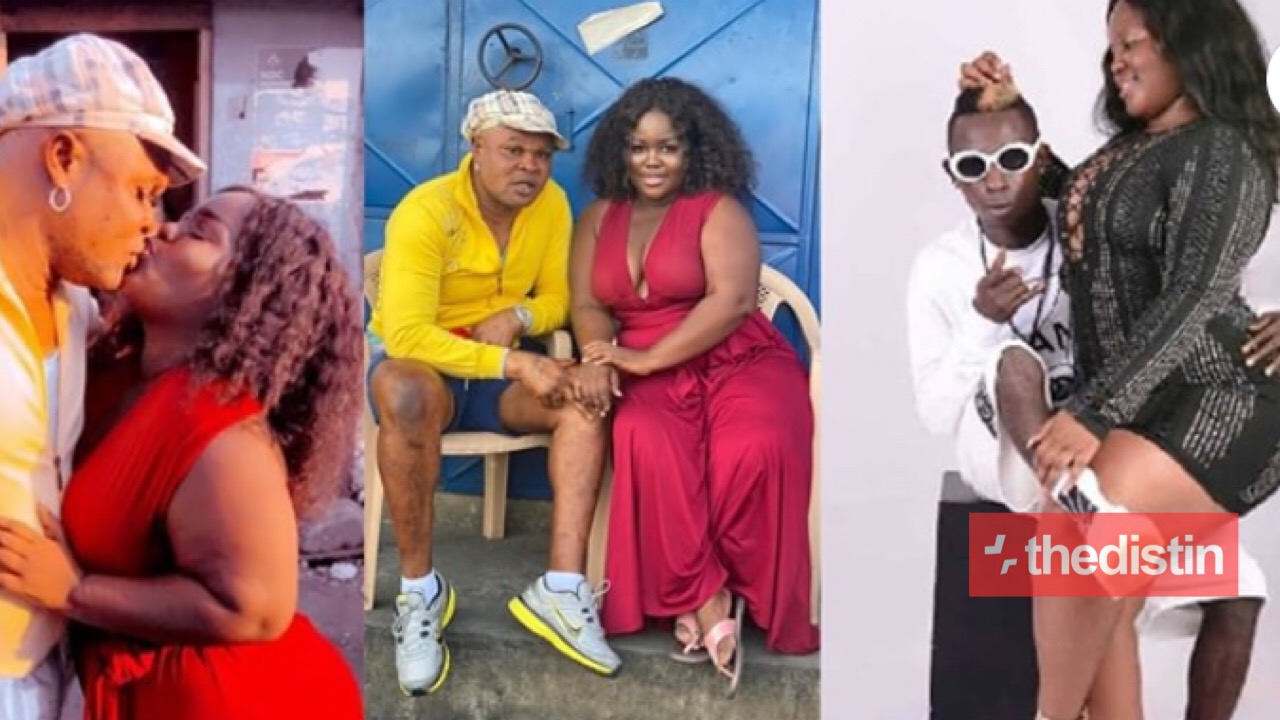 After surviving a big heartbreak from Swedru’s most popular musician, Patapaa, his ex-girlfriend, Queen Peezy seems to have found love again in the industry.

In a new photo and video, that are making rounds online, the heavy young lady has been spotted kissing over-bleached Bukom Banku, who already has about three wives and over ten children in public.

Also, the ex-girlfriend of Patapaa who recently dropped a video to cry and blast Patapaa for marrying his German wife, Liha Miller was seen making fresh promises to the former host of GhOne TV’s ‘Bukom Banku’ live show.

Queen Pezzy was heard saying, “so If Patapaa doesn’t love me again, I love Bukom Banku,” after giving Bukom Banku who might have been one of the best k!sses he has had in his lifetime.

Check out the photo below