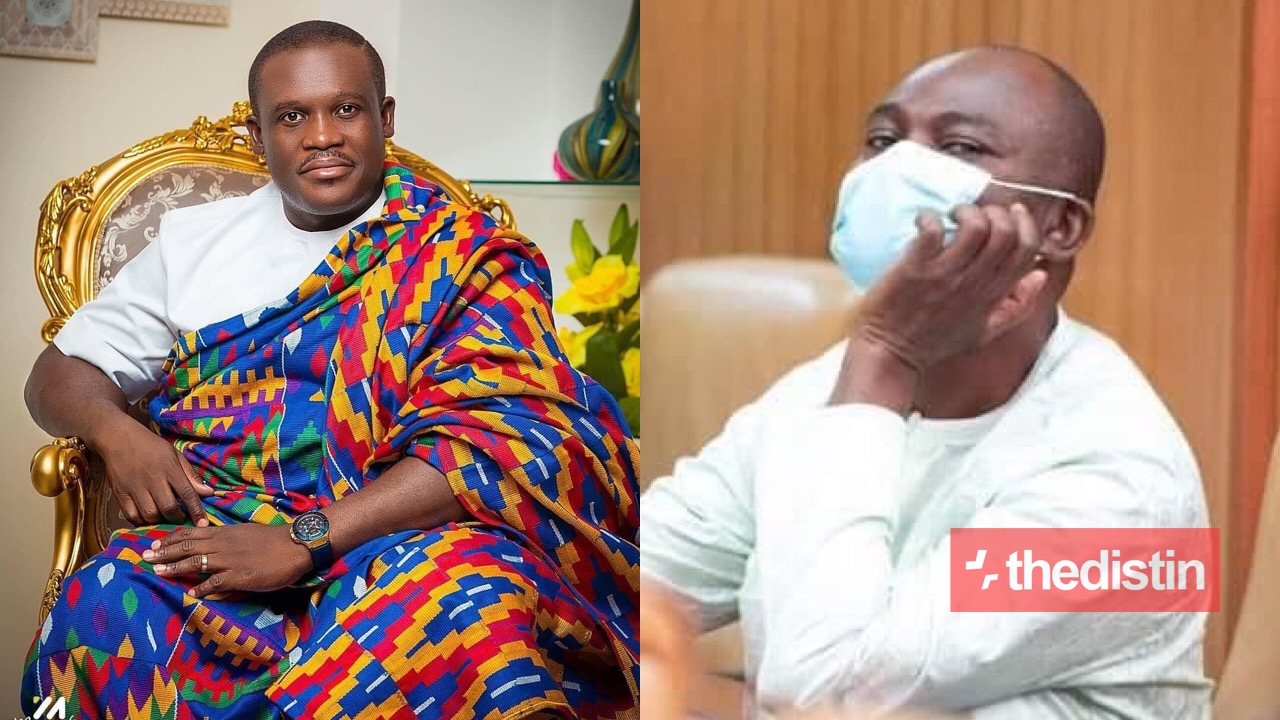 Member of Parliament representing the people of Ningo Prampram, Mr. Sam Nartey George has heaped praises on Mr. Kennedy Agyapong over his quietness during the chaos between NDC MPs and NPP MPs over whom to be the next speaker of the 8th parliament of the 4th Republic of Ghana.

Read Also: NPP MP Carlos Ahenkorah Snatched Ballot Papers And Attempted To Run Out Of Parliament During Electing Of Speaker

The MPs were involved a serious chaos which saw some MPs falling, snatching of ballot papers and others physically attacking the other, click here to watch videos.

In all, Hon. Kennedy Agyapong from pictures and videos that popped up online saw him quiet as he was observing his colleagues and he has surprised many including NDC MPs like Mr. Sam George who has praised him.

According to Mr. Sam George, the Assin Central law maker has earned his respect after the chaos erupted in the Chamber.

Mr. Sam George indicates that Kennedy Agyapong exhibited a great sense of decency when other members were throwing physical blows at each other.

Mr. Sam Nartey George was speaking in an interaction on The Key Point Political program on TV3.

He adds that Mr. Kennedy Ohene Agyapong and Mr. K.T Hammond were the two leaders who stood on their feet to ensure peace reigns in the house.

“Let me salute Mr. Kennedy Agyapong and K.T Hammond. They have earned my respect. The two were fantastic on the day.

They played a mediating role on the night and whenever they see there was a disagreement, they will move to the other side and ensure peace.

They had the ears to listen to everybody and engaged all angry members to ensure the night was a success. Indeed I will salute them on any day”.

Assin Central Member of Parliament, Mr. Kennedy Ohene Agyapong seems to have earned some more respect for himself after he was spotted making peace in Parliament when his colleagues broke out in chaos during the ushering in of the 8th Parliament of Ghana.

He was spotted in pictures attempting to speak to both sides to ensure peace prevails. Some other Members of Parliament, including the representative for Bawku Central Constituency, Mr. Mahama Ayariga have commended Mr. Kennedy Agyapong for the mediation role played on the night.

Watch video below to see Kennedy Agyapong calling for peace in parliament during their chaos over whom to be the next speaker of parliament: