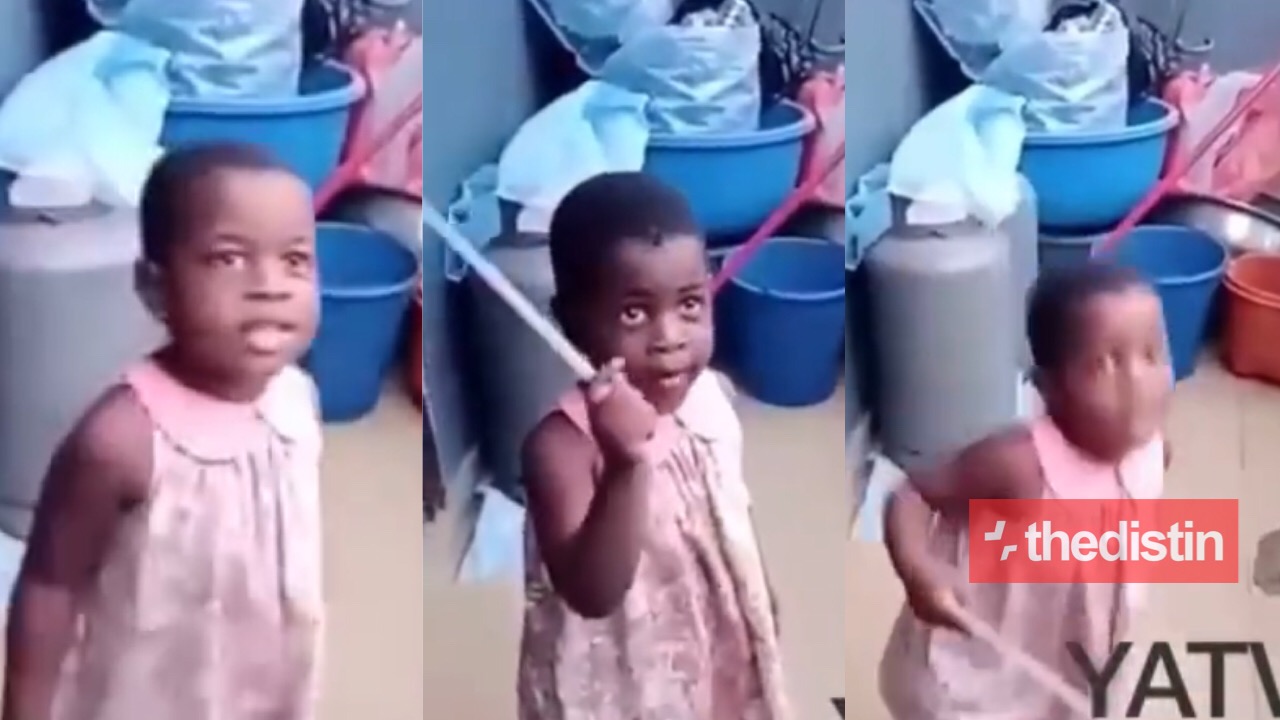 Read Also: Abrokwah Was My Ex-Wife Because I Fed Him – Afia Schwar Gives Five Reasons Her Ex-Husband Was A ‘Woman’ | Video

The song has been well received by Ghanaians as many have joined the challenge on social media.

It came alongside a dance move and hence, many people who jam to the song are mostly seen displaying certain dancing moves.

A little girl whose identity is not known has been spotted in a viral video singing the song word for word and not just singing, she could be seen with serious impressions that will wow everyone who watches her.