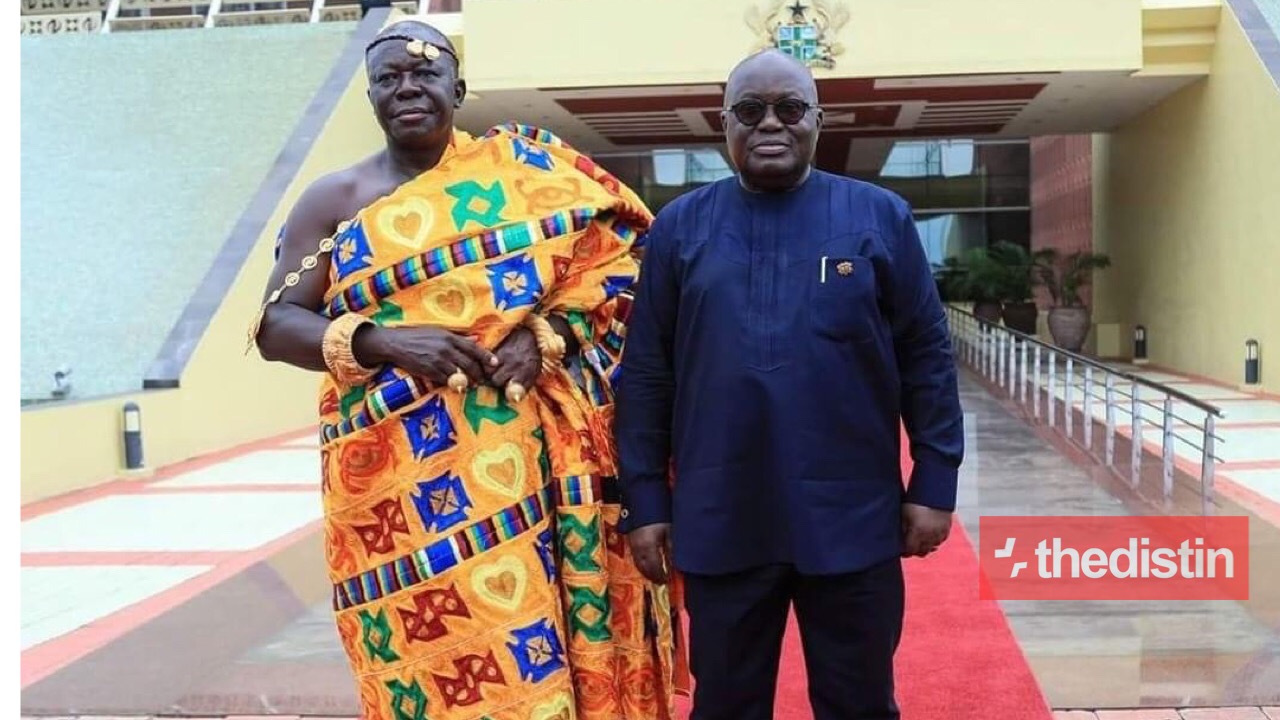 President Akufo-Addo on Sunday, 10 January expressed gratitude to the people of Ashanteman whose massive support contributed immensely towards his December 7 victory at the polls.

The first Akwasidae Festival for 2021 was well graced by the presence of some prominent people in Ghana, click here to checkout rich cultural display at the ceremony.

The event was held at the forecourt of the Manhyia Palace in Kumasi on Sunday, 10 January 2021.

Read Also: Sarah Adwoa Safo Reacts To Reports That She Voted For Alban Bagbin As The Speaker Of The 8th Parliament

In attendance were the President of Ghana, paramount chiefs, and other prominent guests were also present.

President Akufo-Addo speaking at the first Akwasidae Festival for 2021 at the forecourt of the Manhyia Palace in Kumasi yesterday, he said he was deeply touched by the massive love and support from Asanteman during the polls.

“But for the significant support of Asanteman, in terms of votes on December 7, 2020 there is no way that I could have won the presidential elections,” President Akufo-Addo openly confessed to the crowd.

He said he would make sure to reciprocate the colossal number of votes that he and the New Patriotic Party (NPP) won in Asanteman during the December 7 elections with massive infrastructural projects.

“I was at the Saint Cyprian’s Anglican Church in Kumasi this morning for a thanksgiving service and the Archbishop reminded me about the need to reciprocate Asanteman’s love and support with more projects.

“And I am stating here in the presence of the Asantehene that massive infrastructural projects are earmarked for Asanteman this year and the rest of my term,” the President said, attracting wild shouts.

Accompanied by a high powered delegation from the presidency, the President was at the palace to officially express his gratitude to Asanteman for their unflinching support during the polls.