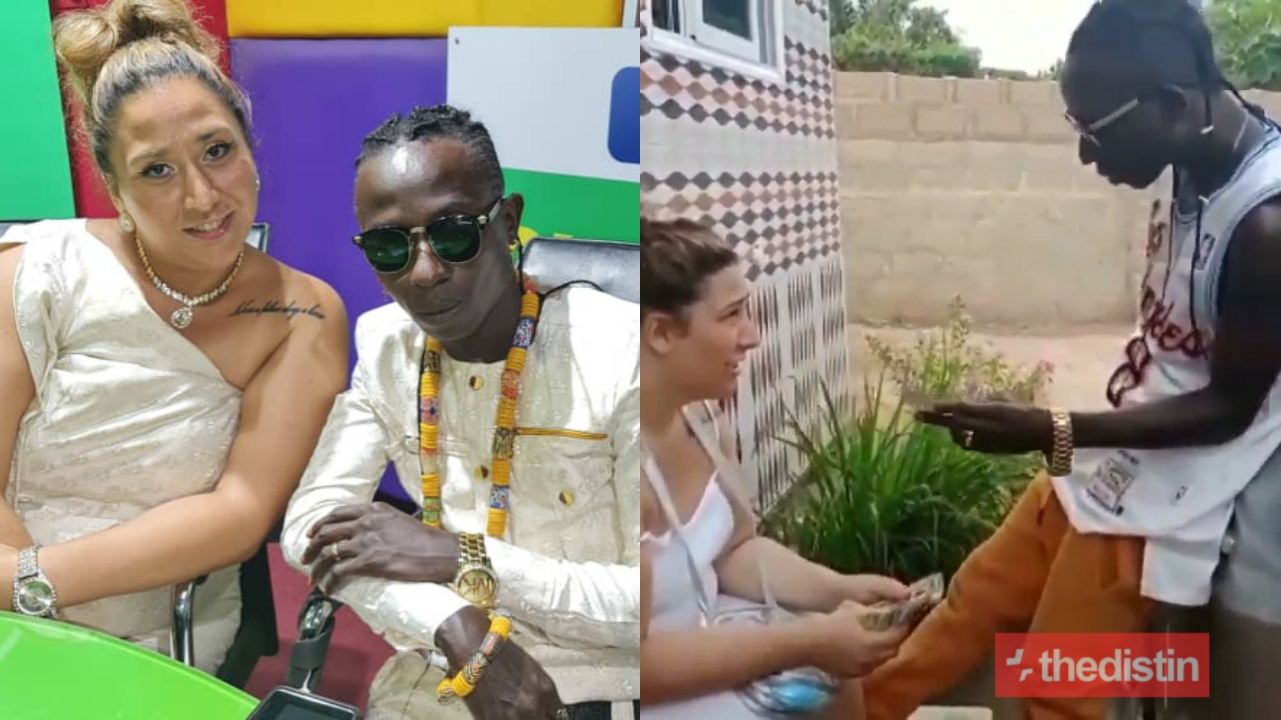 In a video spotted on the Internet by thedistin.com, Liha Miller is seen teaching her husband Patapaa how to pronounce numbers in German.

Read Also: Video: Guy Heart-broken After He Caught His Girlfriend Being Drilled By Another Man’s Deek In The Same Hotel They Lodged In

Patapaa is seen holding some 20 and 10 Ghana cedis notes as his wife pronounced the amounts in German.

Patapaa and his wife got married on the 2nd January 2021 after a beautiful traditional and church wedding in Swedru.

Even since the two got married, there has been rumors that Patapaa married the German lady because of documents.

Also, his ex girlfriend Queen Peezy has social media seeking lots of attention after her ex Patapaa got married.