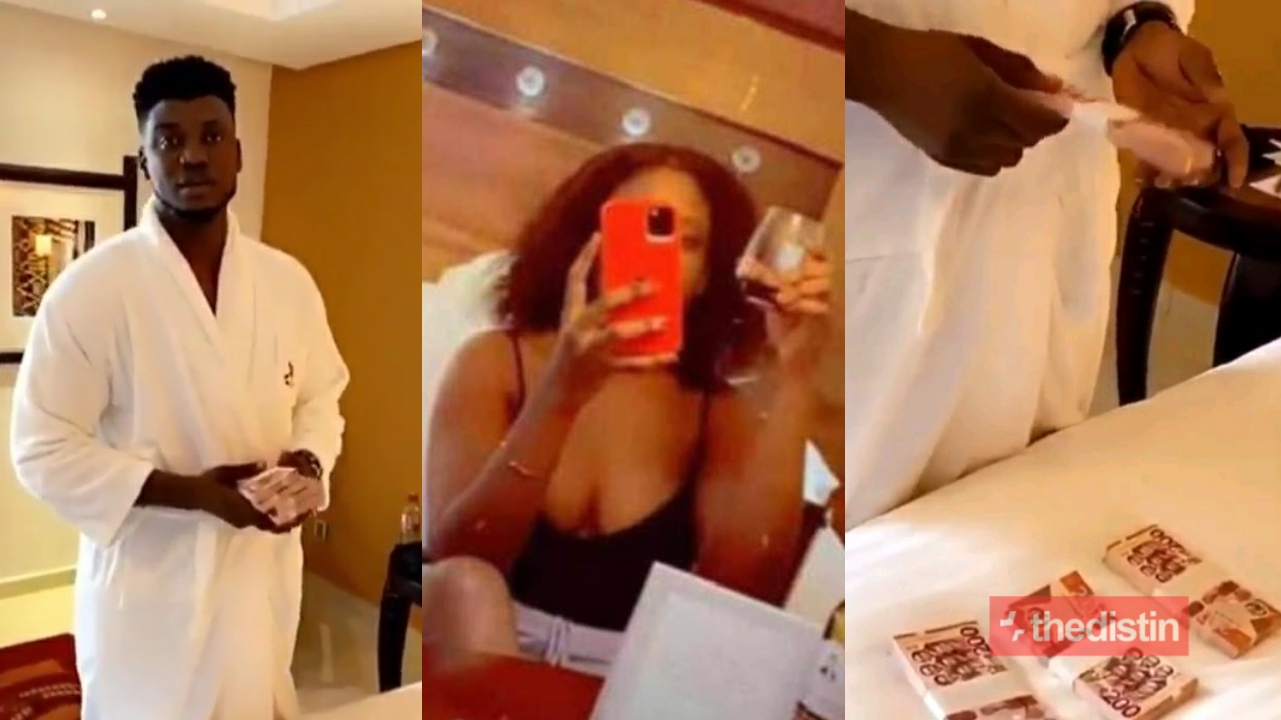 Thedistin.com has spotted a video of a Ghanaian guy showing off his cash as he prepares to sleep with another guy’s girlfriend.

The fear women conundrum continues as certain happenings continues to the conundrum right.

Read Also: Video: Guy Heart-broken After He Caught His Girlfriend Being Drilled By Another Man’s Deek In The Same Hotel They Lodged In

In the video, the young man who’s name is unknown said that he was at Marriot Hotel and was about to sleep someone’s girlfriend.

He added that after everything between him and the girl is done, he’ll give him a shout out in the video.