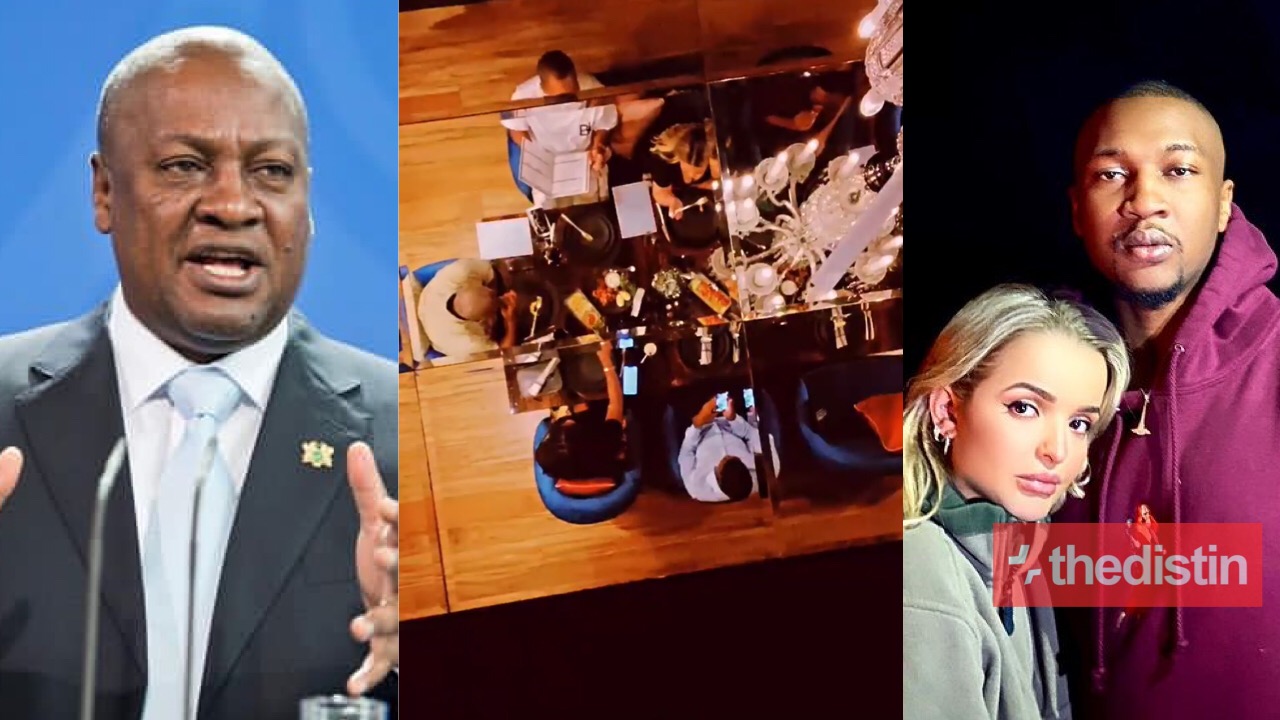 Video of the moment former president and NDC’s flagbearer, John Dramani Mahama spending a good time with his children and his in-law, Asma (the wife of his Shafik Mahama, his first son).

In the video shared by Mahama’s daughter, Farida, the family is seen having a nice time together.

There are various meals set on the table, and coupled with the interaction they were having, one could see that it is a nice family time.

This comes at a time that Mahama and the whole of NDC are contesting the results of the 2020 Elections in court.

The lady Shafik married is known as Asma, an Algerian who is based in Dubai. Just like Mahama’s, Asma is also reported to come from a wealthy family in the northern African country.