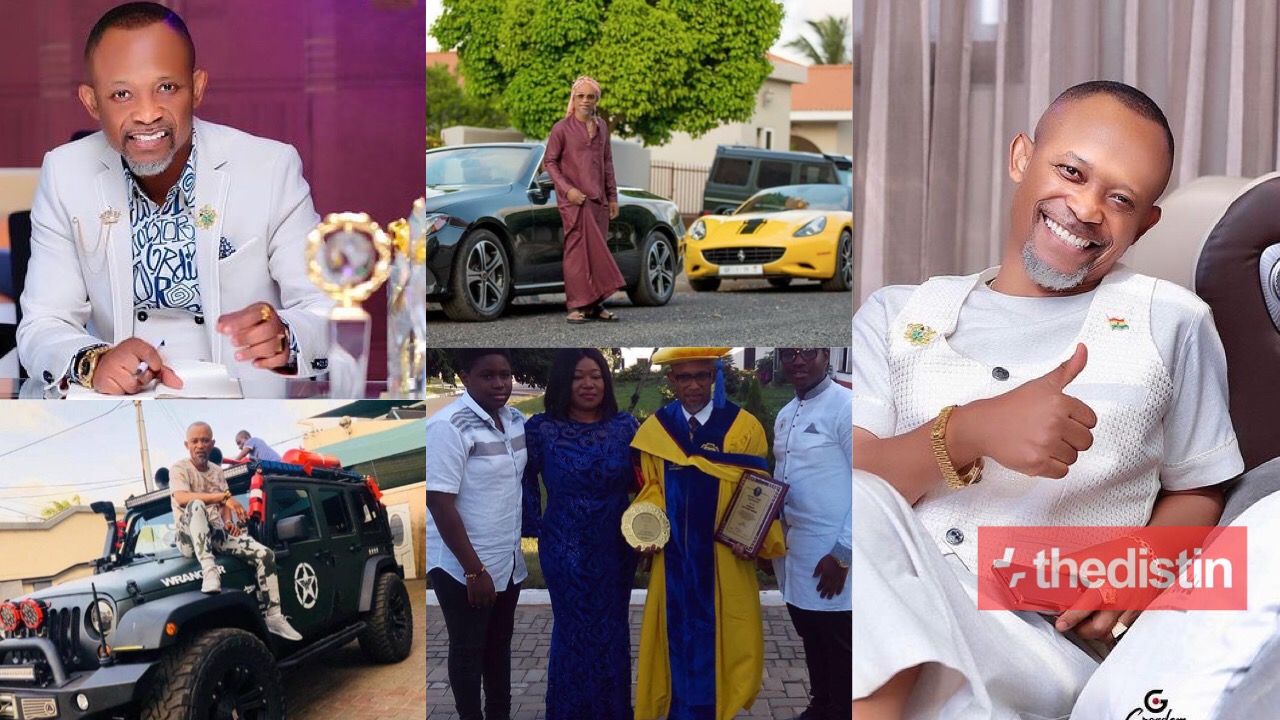 Everything to know about Fadda Dickson Narh, the managing director (M.D) of the Despite Media Group; pictures of his wife and sons, businesses, recognitions, house, cars, etc.

Fadda Dickson is a highly motivated media strategist who has shown ability and distinguished himself when it comes to media branding and growth.

Fadda Dickson who is the managing director of Despite Media Group needs no introduction since he is one of the friendly people we have in our entertainment industry and also the Director of one of the biggest television stations we have in Ghana, Utv.

With his strong connection to Osei Kwame Despite’s family, Dr. Fadda Dickson Narh could easily be mistaken as the brother to owner of the Despite Group of Companies.

Without further I do, below are some 10 interesting biography facts about Osei Kwame Despite’s right-hand-man, Dr. Fadda Dickson Narh.

Due to his hardworking nature, he has earned the doctorate title which should always be mentioned when addressing this reputable being. Fadda Dickson is called Dr. Fadda Dickson Narh.

His Journey With Dr. Osei Kwame Despite:

Despite his clout within one of Ghana’s most successful media conglomerates, very little is known of his journey to becoming an accomplished media personality.

Fadda Dickson has been reportedly working with Peace FM since the year 1999 as the finance and administration personal.

He has led the growth and direction of the Despite Media Group comprising Peace FM, HELLO FM, Okay FM, Neat FM, Peacefmonline and United Television (UTV).

Dr. Fadda Dickson Narh some years back was pictured as the biological father of Kennedy Osei Kofi Asante when he was not popular.

According to Kumawood actor Kwaku Manu, Fadda Dickson was the person who took care of Kennedy Osei when he was in school and for that reason, many thought he was his father.

Read Also: Asma: Photos And Everything To Know About The Algerian Wife Of Shafik Mahama – The First Son Of John Mahama

Kwaku Manu the truth was revealed that Dr. Osei Kwame Despite fathered Kennedy Osei when he completed University of Ghana.

However, the name of the highly-motivated media personality thrived in conversations especially during the traditional and white wedding ceremonies between Despite’s first son, Kennedy Osei Asante and his wife Tracy Ameyaw.

Why Celebrities Love Him

One of the managing directors in Ghana with a heart of gold is Dr. Fadda Dickson Narh. Although he is wealthy and has all what others are dreaming , praying and working hard for, he is very friendly regardless of whom he is talking to.

His humble nature has made many of Ghanaian celebrities to befriend.

The prominent media personality has received several awards as acknowledgment for his accomplishments and in 2018, he was inducted into the Hall of Fame at the 2nd annual Ghana Entertainment Awards Celebration held in the US.

He was also decorated with the prestigious honorary doctorate degree award conferred on him by the Alfred Nobel University, under the auspices of the Ministry of Education, Ukraine.

Dr. Fadda Dickson Narh also received an award for the Most Outstanding CEO in Media Management at the Ghana Entrepreneurs and Corporate Executives Awards in 2019, for exhibiting excellence in his field.

As the right-hand man of Dr. Osei Kwame Despite, Dr. Fadda Dickson Narh also lives in a heavy mansion.

Full pictures or video of Dr. Fadda Dickson Narh’s mansion’s are at the moment not out yet but in some of his post that he flaunts his cars, he shows them in his mansion.

Dr. Fadda Dickson Narh lives a flamboyant lifestyle and hence he drives in some of the latest expensive cars in the world. Among some of his cars are Ferrari, Mercedes Benz just to mention few.