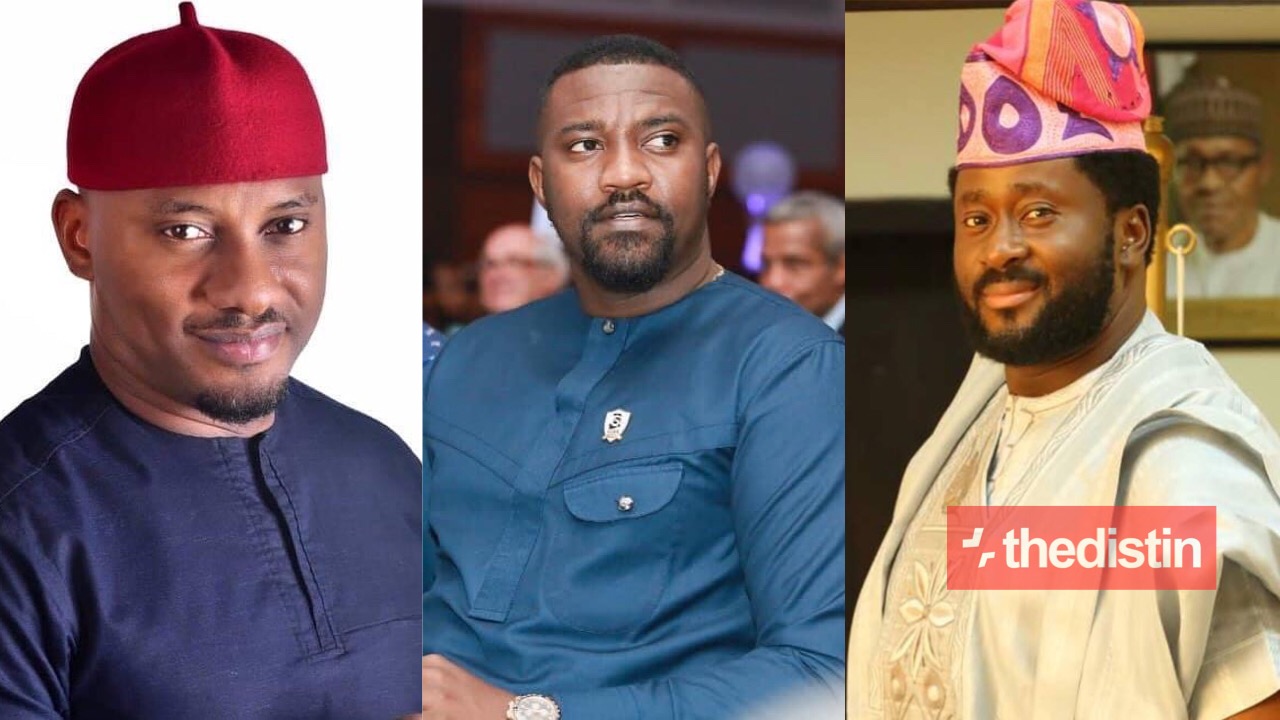 African stars most especially the Ghana-Nigerian celebrity have indulged in politics as a sure way of championing the right of the ordinary citizen.

List of some African Superstars who are into full-time politics.

Desmond Elliot, born 4 February 1974, is a Nigerian actor, director, and politician who has starred in over two hundred films and several television shows and soap operas.

Elliot declared his intentions in September 2014 to run for Lagos State House of Assembly under the All Progressives Congress. He contested and won the Surulere Constituency in the 11 April 2015 Nigerian General Elections.

In October 2020, during the End SARS protest, Desmond was bashed for allegedly supporting the Anti-Social Media Bill in Nigeria; a scenario he earlier denied when the news first filtered in via social media.

John Dumelo (born 3 February 1984) is a Ghanaian actor, farmer, and politician. On 1 April 2014, he emerged as the first Ghanaian to hit a million likes on Facebook.

During the National Democratic Congress (Ghana) NDC Party’s Campaign In 2016, Dumelo was one of the most influential and outstanding celebrities who were seen campaigning for the NDC Government. Rumors have spread that, as an appreciation for his engagement and patriotism to the Party, he was called and appointed by the former president of Ghana H.E John Dramani Mahama, to serve his Party as a Director of Operations for a pro-NDC youth group for the National Democratic Congress (NDC).

John Dumelo on the 19th of July 2019, picked up a nomination form to contest in the NDC primaries as a parliamentary candidate. On August 24th, 2019, he won the NDC parliamentary primaries to represent the NDC in Ayawaso West Wougon Constituency in the 2020 General Elections.

He successfully launched his campaign manifesto for the 2020 Election on Sunday 18th October 2020 promising to commit half of his salary to youth development in the constituency if voted for.

Judith Babirye is a Ugandan gospel musician and politician. She is a senior pastor at “New Life Deliverance Church”, in Makindye Division, in the southeastern part of Kampala, Uganda’s capital city.

She also concurrently serves as the elected Member of Parliament representing Buikwe District Women Constituency in the 10th Parliament (2016–2021).

Gideon Kipsiele Moi (born 22 October 1963) is a Kenyan politician and a poloo player for the Gilgil-based Manyatta club who has served in the Senate of Kenya, representing Baringo County, since 2013.

He was elected with a landslide win of over 80%, trouncing his opponent Jackson Kosge.

Mr. Moi is the leader of the KANU political party in Kenya and recently announced his intentions to run in the 2022 Kenyan presidential elections, which will test his political abilities from his supporters.

His party recently formed a coalition agreement with the ruling party to work together within outside parliament.

On the 14 of July 2017, Yul Edochie declared his intention to run for Governor of Anambra State. This declaration was made in anticipation of a Not Too Young To Run Bill passed by the senate of the federal government of Nigeria.

The declaration was however made official on the 22nd of August 2017, when he picked up the nomination form of the political party “Democratic People’s Congress “and was eventually the flag bearer and gubernatorial candidate of the party to run for governor of Anambra State. Though he lost the election he was appointed as Senior Assistant on Creative and Entertainment Media to Anambra State Governor, Willie Obiano.