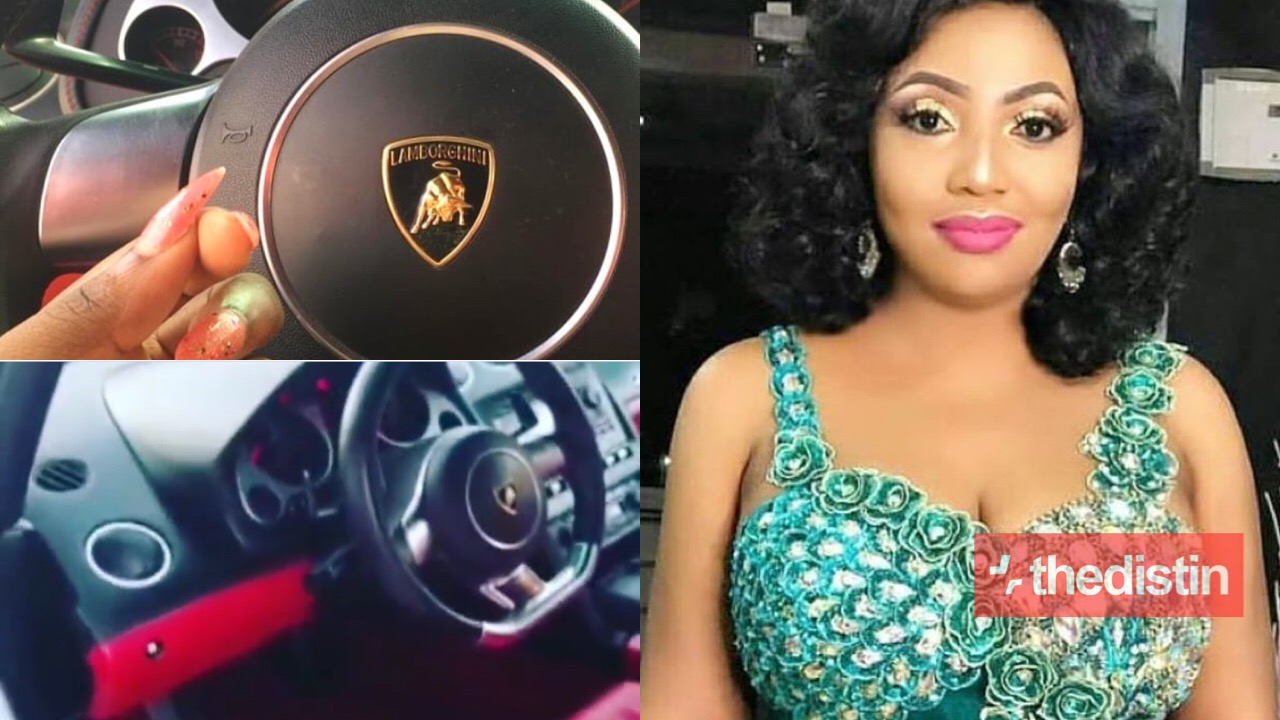 One-time politician and parliamentary aspirant, who also doubles as a musician, Diamond Appiah has flaunted her Lamborghini Car.

Diamond Appiah has lately been showing off her assets on social media.

Diamond Appiah has one of the heavy mansion at East Legon in Accra where her recent birthday celebration was held.

The former musician but now a business mogul, Diamond Appiah who’s currently at Milano Italy has showed off a new Lamborghini.

Sharing the car to her fans, she noted in a her first post she brags different unlike her colleagues:

Pulled up in a Lamborghini #I brag different

A post shared by QUEEN OF GH 👑 (New Page) (@diamondappiah_bosslady)

Diamond Appiah again flaunted her new whip and this time while showing it off, she indirectly asked her followers to take a look at her nails.

A post shared by QUEEN OF GH 👑 (New Page) (@diamondappiah_bosslady)