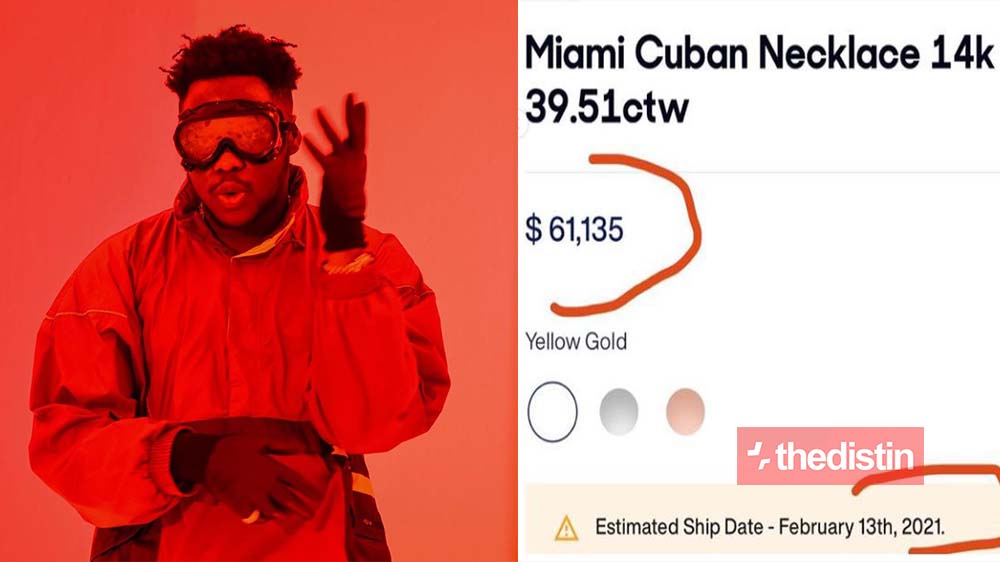 The Cuban necklace is one of the most expensive chains right now on the market based on the “Karatage” the percentage of gold in it.

A Cuban Necklace can have as much as 75 percent of pure gold in it.

Below are the photos (Swipe Left)

Read Also: “face me like a woman” – Nana Aba Anamoah Dares Lydia Forson On Twitter After Shading Her (Photo)

However, some fans of Medikal are comparing him to Sarkodie but Sarkodie’s fans will not have any of that as they believe Sarkodie has the money to buy even more than a Cuban Necklace.

Below are some screenshot