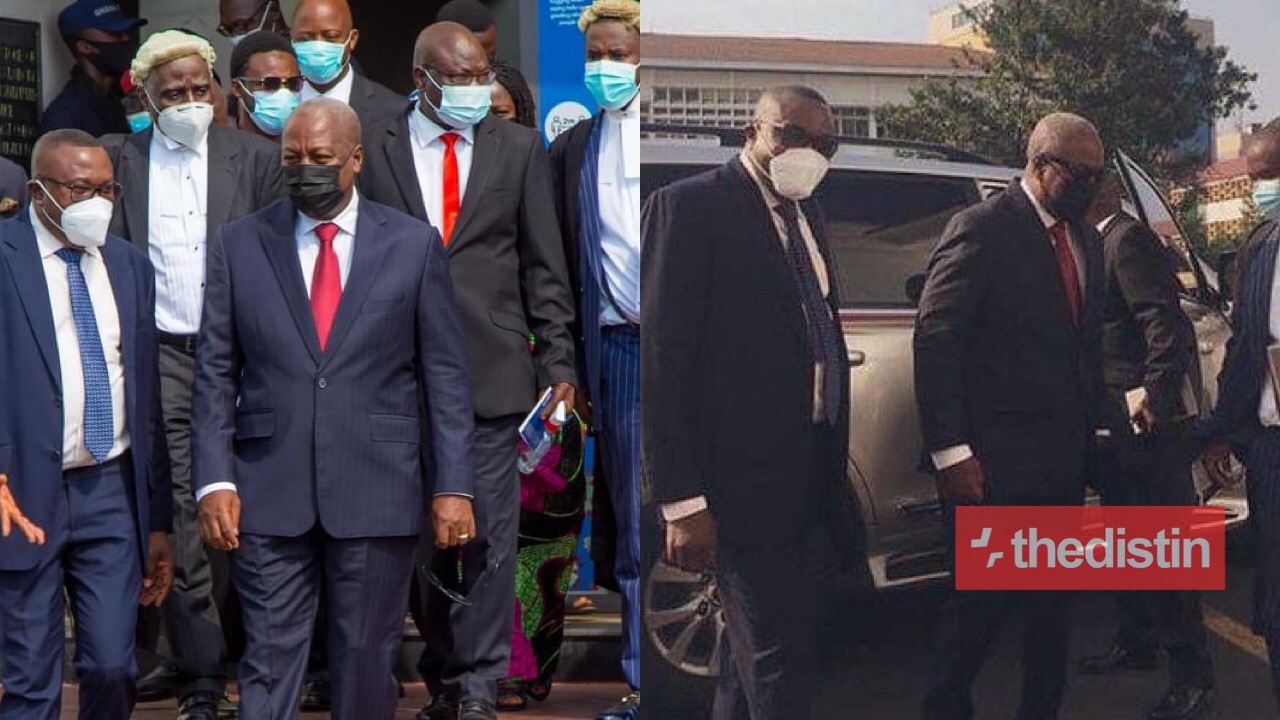 Former president and NDC‘s flagbearer, John Dramani Mahama has revealed that the Supreme Court has granted him the motion to make amendments of his petition to challenge the 2020 presidential election and also his request for live broadcast of proceedings from court has been permitted.

John Mahama arrived in the Supreme Court to argue his case against the EC and the NPP with regard to the 2020 elections earlier today, Thursday, 14 January 2021.

The Supreme Court was presented a motion from National Democratic Congress (NDC) flagbearer, John Mahama, seeking to amend some errors in his petition challenging the outcome of the 2020 general elections.

The motion argues that an error was made in the description and positioning of the parties to be served the writ.

It also pointed out that there was a typographical error with one of the reliefs in the writ.

“In the relief numbered (f) on the writ which was repeated in paragraph 35(f) of the petition, there is a typographical error in the third and fourth lines, which refers to 1st Respondent [Electoral Commision] instead of 2nd Respondent [President Akufo-Addo],” the motion said.

The motion is thus asking for a reversal of the position and designation of the said parties and a correction of the typographical errors.

Giving an account of what the outcome of today’s Supreme Court proceedings were, John Dramani Mahama has revealed that he has been granted the necessary needs to proceed for challenging the outcome of the 2020 presidential election.

The Supreme Court this morning granted the motion for amendment of my petition challenging the results of the 2020 presidential election declared by the Electoral Commission. As is the desire of many Ghanaians, the Court also announced its decision to broadcast live the proceedings of the court. #RespectMyVote