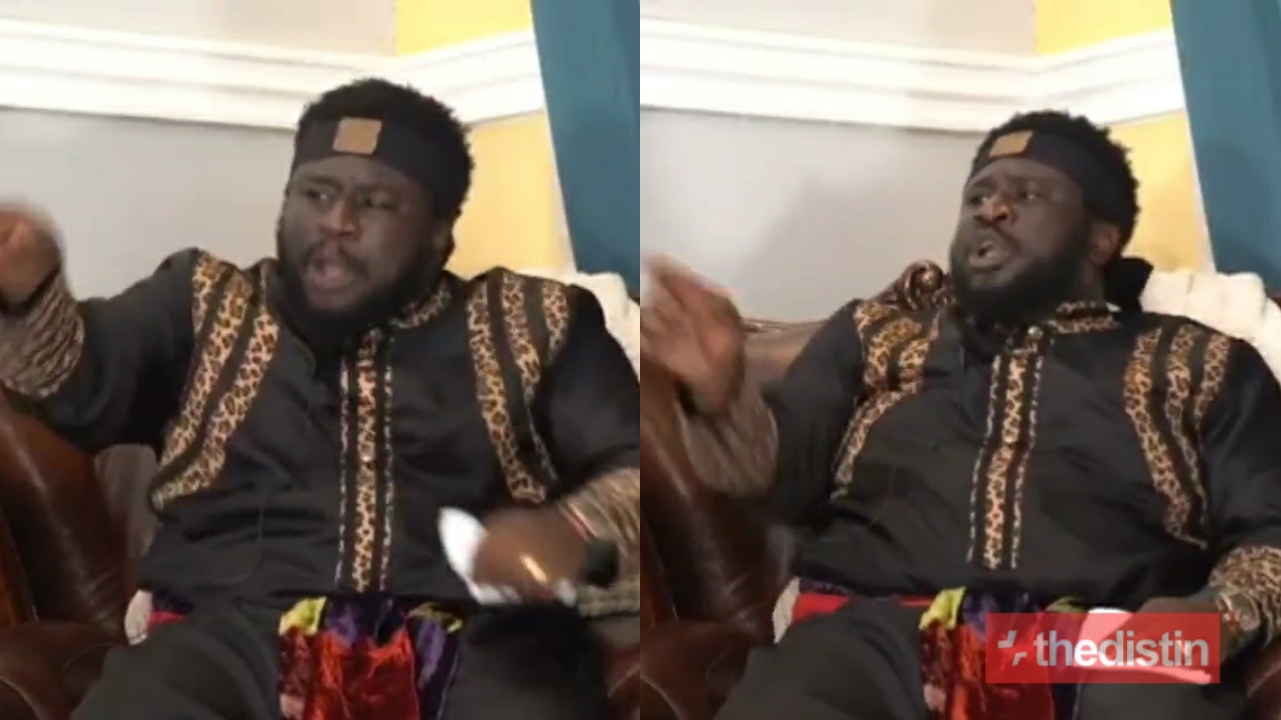 The founder of Universal Spiritual Outreach Kwabena Asiamah Boakye popular known as Ajagurajah has made an interesting comments about the Kingdom of God.

Speaking to Zionfelix in an interview, Ajaguraja said that God had a wife.

Read Also: The Youths Should Learn Lessons From Ama Broni’s Death – Opambour Reacts To The Tragic Death Of The Akwatia Slay Queen | Video

According to him, God sacked his wife from the heavens after she connived with his sons Lucifer and Satan to dethrone him.

He further stated that there’s a difference between Satan and Lucifer.

He said that God’s first borns were Gabriel, Michael, Satan and Lucifer.