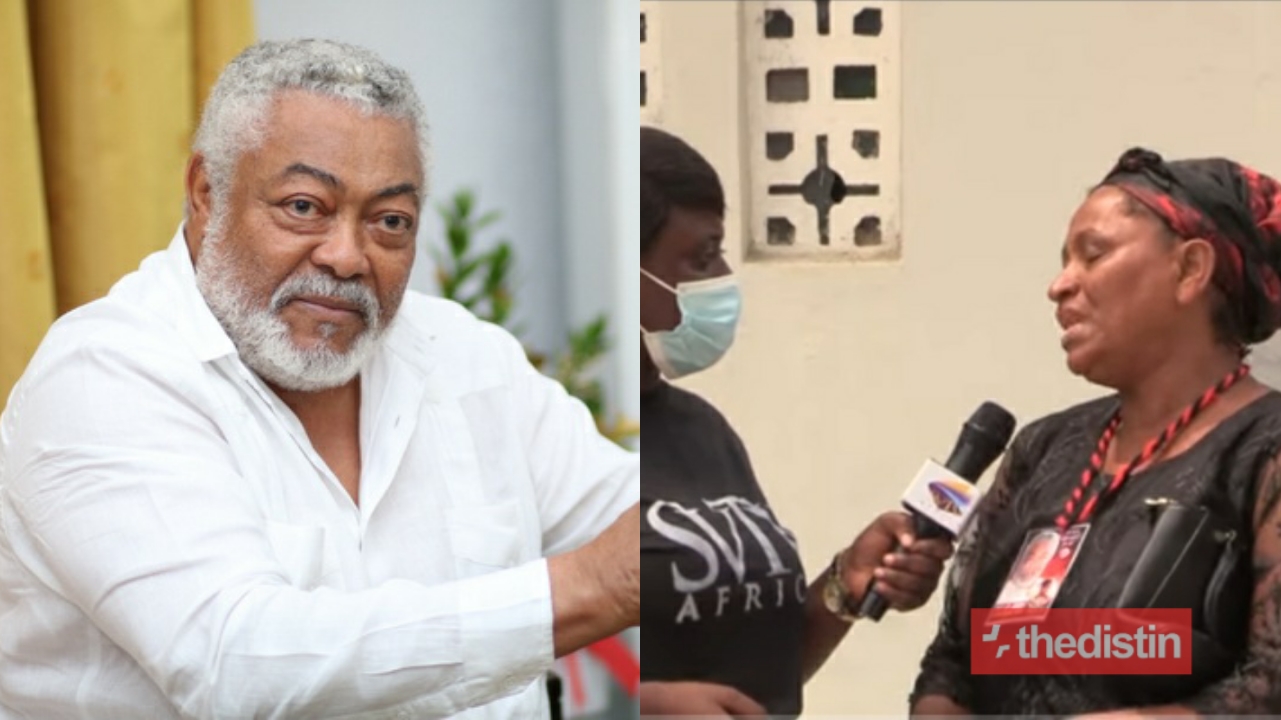 A 52 year old woman identified as Abigail Rawlings has come out to say that she is the daughter of the late President Jerry John Rawlings.

Sharing her story, the 52 year old woman said that her mother and former President Rawlings were lovers when he was enrolled into military school.

She indicated that it was then her mother was pregnant with her.

According to her, her mother didn’t tell her whom her father was until she confronted her one time after she had dreams about the former President Rawlings.

Read Also: I Would Have Given Cecilia Marfo A Dirty Slap – Prophet Kumchacha Says | Video

She revealed that when her mother confirmed that former President Rawlings was his father, she tried many times to see him but to no avail.

According to her, she confided in Maame Dokono but she informed her if anyone hears what she’s saying, she might be killed, and as such gave her some money to move out of town.

She also disclosed that she ever ready to do a DNA test to prove that the former President Jerry John Rawlings was her father.