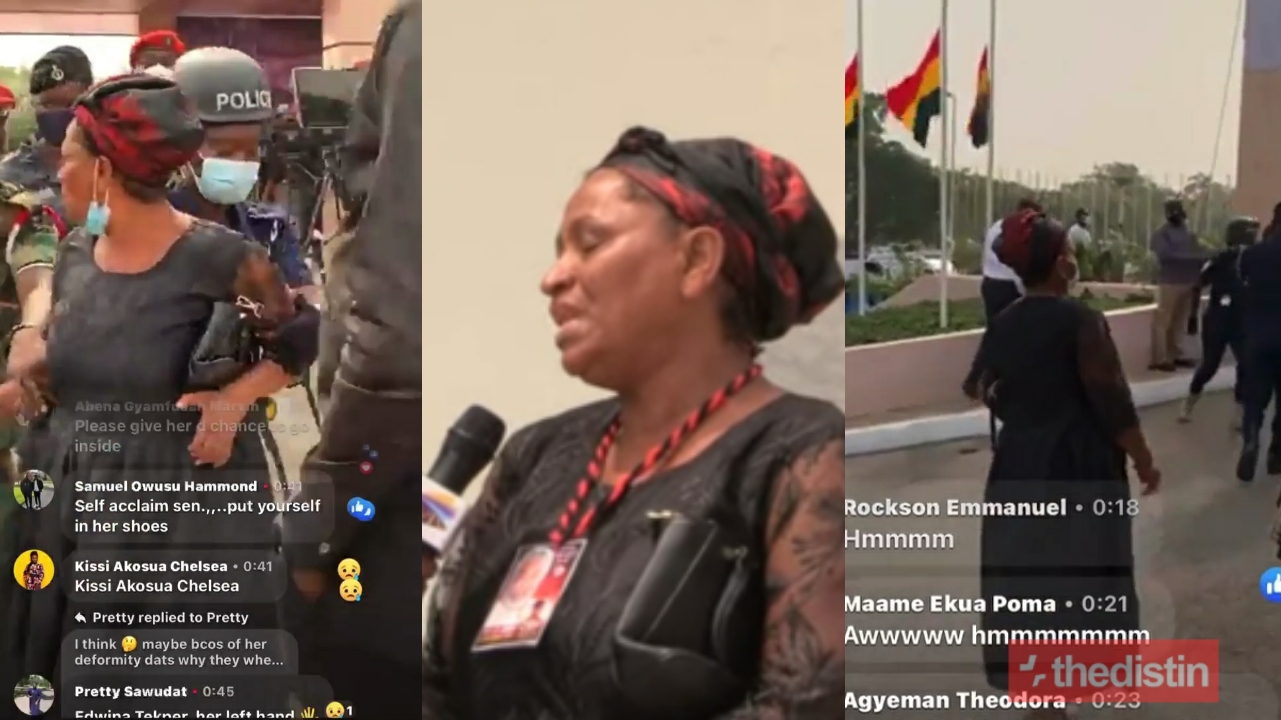 In an earlier post published by thedistin.com, the lady claimed that the late former President Rawlings was her father.

According to her, her mother who was a Togolese told her the former President was her father after she had some dreams about him.

Well, in a video sighted by thedistin.com, the 52 year old Abigail Rawlings has stormed the funeral grounds in an attempt to pay her last respect to her late father.

Read Also: Eddie Nartey Shares Video Of His Last Moment With His Wife Before She Died | Video

Unfortunately, confusion emanated after security personnel there prevented her from entering as she tried to force herself through.

From the video, some military men and police officers are seen talking to her to calm down.