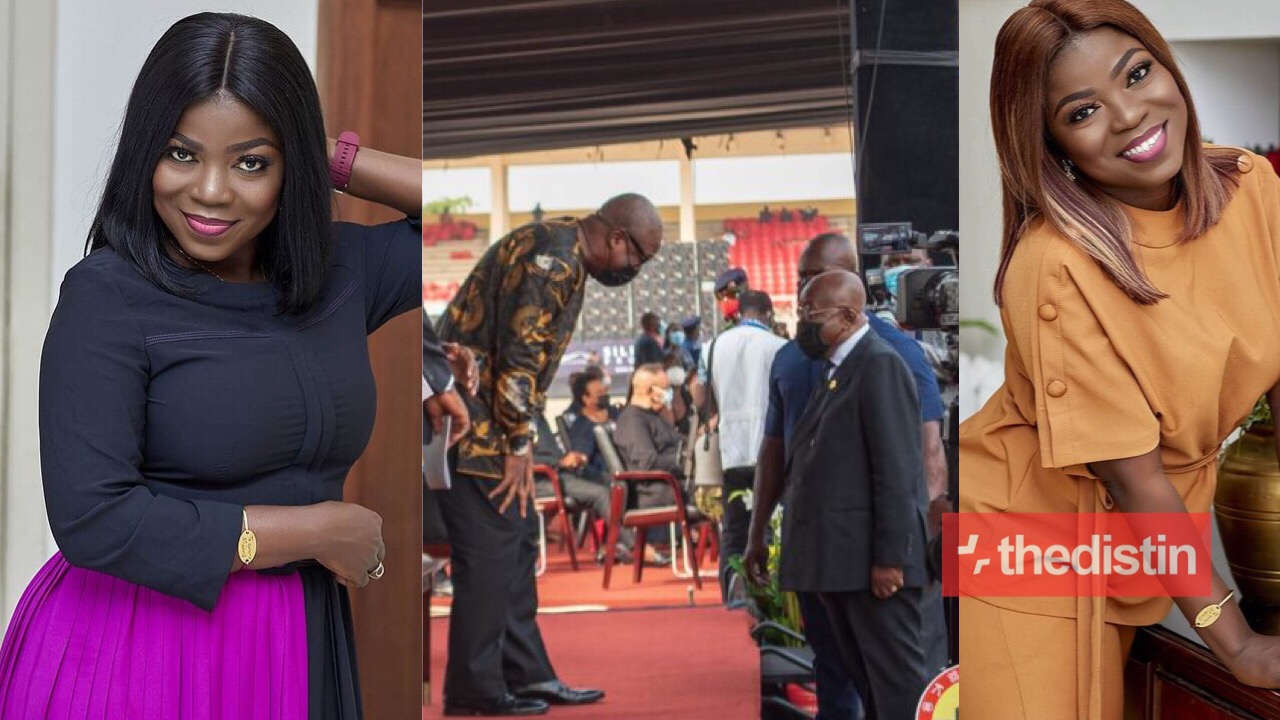 At the late former president, Jerry John Rawlings‘ final funeral rite, a picture of ex=president and sitting president caused a massive stir among Ghanaians on the internet.

On the third day, the sitting president, former presidents and other leaders of the country in the political sector including chiefs and Kings paid their last respect to the mortal remains of late J,.J Rawlings.

All the events were held at the Accra International Conference Centre with the last one at the Black Star Square.

In one of the occasions which saw president Nana Addo and John Mahama, they showed politeness to each other as John Dramani Mahama who was standing on a set up stage bowed to Nana Addo.

Below is the picture:

Since this picture has trended across some social media platforms, Utv’s Vim Lady has reacted revealing that even though the two political leaders have an unsettled case at the Supreme Court, they have a good relationship.

I had to break my silence on facebook because of this picture. Though President Mahama is fighting 2020 election RESULTS in court and we DON’T know whether he will win or not, look at how he shows RESPECT to President Akuffo Addo. If you don’t LOVE Mahama for this then i don’t know what you want.

AFTER ALL THE GIDIGIDI THIS IS WHAT MAKES GHANA ONE OF THE BEST PLACES ON EARTH.

We will fight and insult but we know the GHANA in us. One day i pray FOOT SOLDIERS will be matured like this though they will never get EX GRATIA.