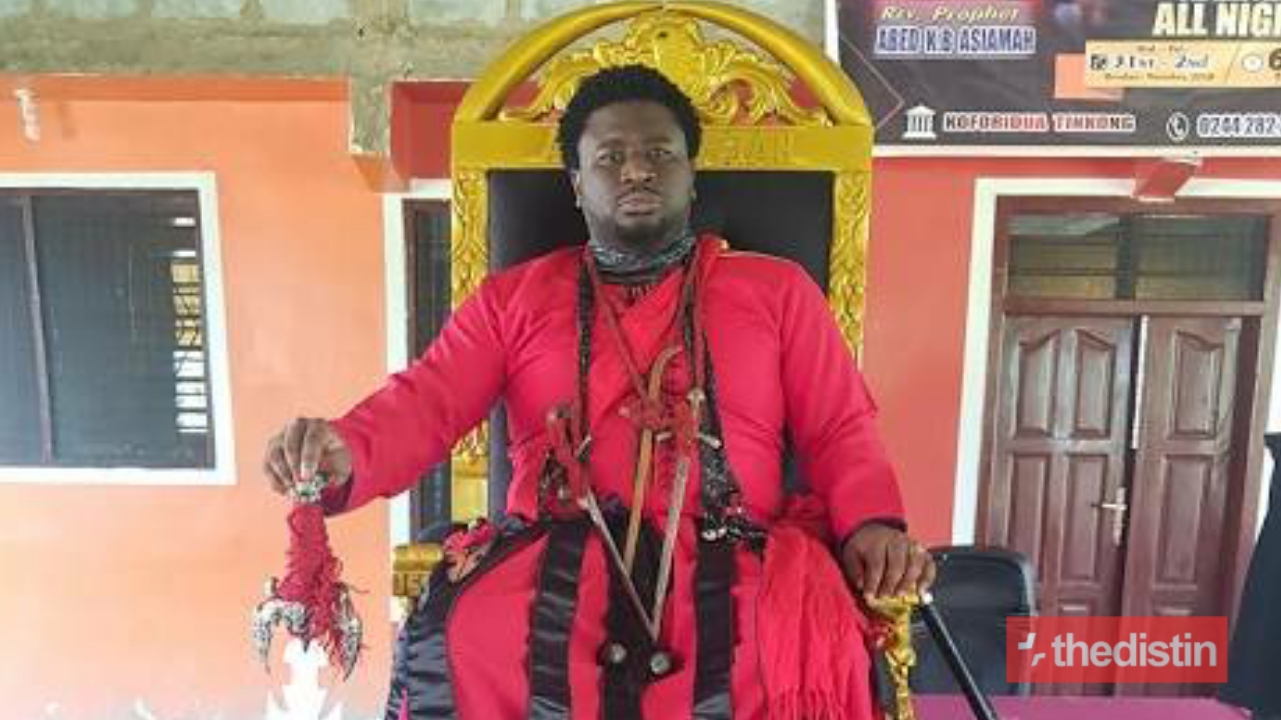 Kwabena Boakye Asiamah also known as Ajagurajah has shared his thoughts on marriage.

The founder and leader of Universal Spiritual Outreach was speaking to Kwaku Manu on his show “Aggressive with Kwaku Manu”.

Read Also: Kennedy Osei Makes Bold Statements On His Father’s 59th Birthday And Showing His Twin Girls To The Public For The 1st Time

According to Ajagurajah, the wrong most people do nowadays is that they marry because of love which should not be the case.

He added that you should marry your partner because of a reason and a purpose.

Ajagurajah indicated that people who marry because of love do not last in marriage.

Read Also: “I’ve always tried to apologize to Kaywa since 2019, I pray God gives him a change of mind to forgive me” – Yaw Berk

He made this statement supporting with the point of how our mothers and fathers got married.

According to him, our mothers and fathers got married not because of love but because of a purpose and a reason.