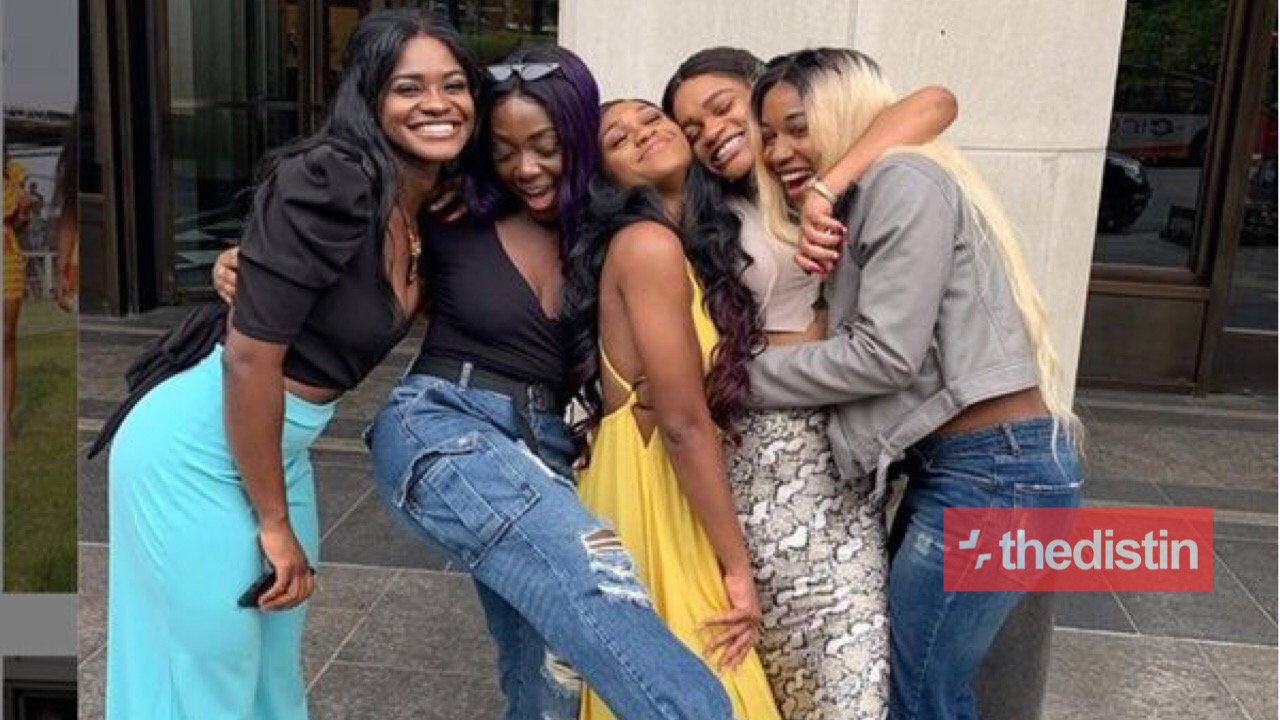 7 beautiful daughters of Kennedy Agyapong known on social media as the Agy Sisters talks more about their lives in U.S and how they relate to each other.

In a Question and Answer game with their followers, they have revealed some untold facts about themselves.

Read Also: Police Give Funny Face Dirty Slaps As Video Of How He Was Arrested Finally Pops Up

Interestingly, the 7 daughters of the law maker are not from the same mother and this made a fan of them ask how they united in such situation.

According to them, their father, Hon Kennedy Agyapong introduced them to each other when they were young and they grew up together knowing themselves.

To what many wanted to know about the daughters of the rich member of parliament, a fan asked them if they are dating and they replied that they are single and ready to mingle.

The chat had them talking more about their personal lives including what they do, the courses they are reading and their aspiration as well as they family lives.