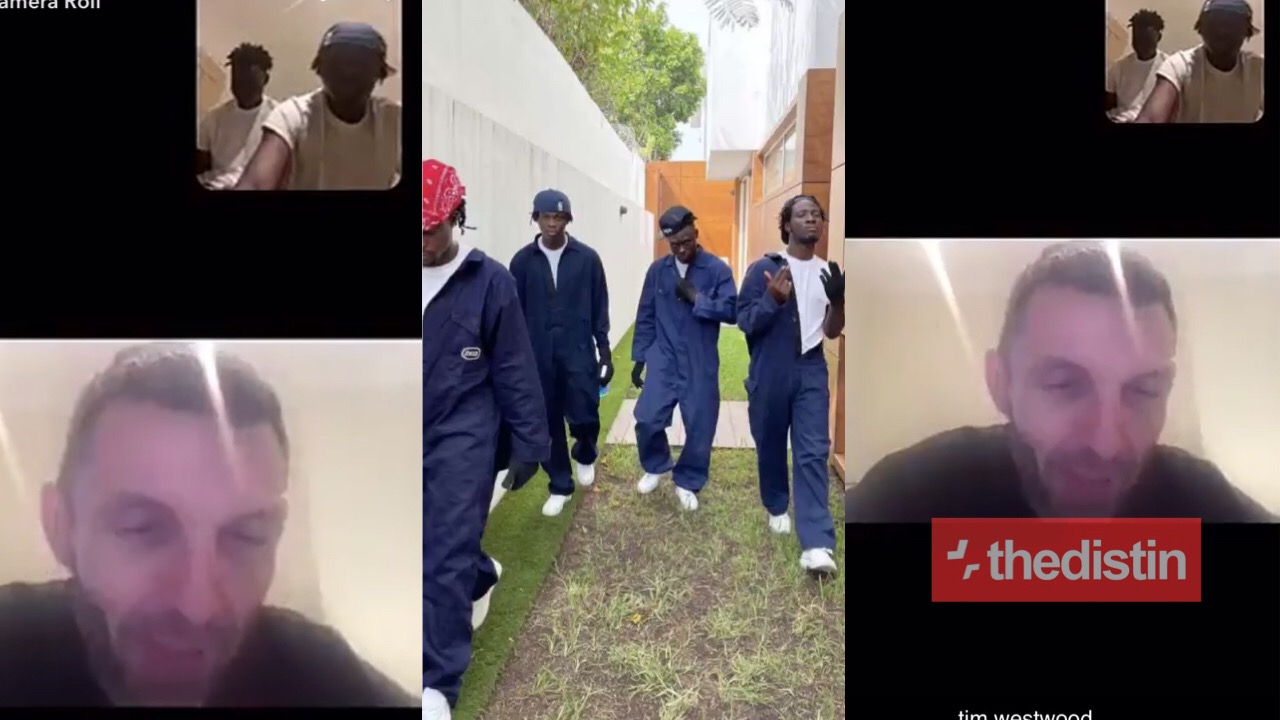 The have had most of their songs being recognised internationally.

The Asakaa Boys are on a new project with Ova Visa and in a new video available at Thedistin.com, they were in a video call with Tim Westwood.

Read Also: Kennedy Osei And Tracy Christen Their Twins On Their Wedding Anniversary As Medikal Tours The Despite Mansion | Video

To be able to even have this opportunity to talk to a top notch DJ like Tim Westwood, it means the Asakaa Boys have crossed boundaries and now are international stars.

Asakaa Music originating from the Capital city of the Ashanti Region of Ghana, Kumasi (kumerica) is the hottest and freshest genre of music hitting the streets of Ghana and mainly the Internet.

Read Also: Wife-To-Be On Her Wedding Day Dirties Herself After Finding Out Her Husband-To-Be Has Slept With Her Best Friend | Video

Inspired by the drill scene in the U.K and New York, Asakaa Music is set to take over both locations as it introduces to the world a form of drill music never been heard or seen before..

The same British DJ and presenter of radio and television, Tim Westwood in an already published article was spotted jamming and playing the new song from Reggie on his show.

Read Also: Photos Of Cristiano Ronaldo Tiptoeing To Be Of Same Height With A Tall Man Causes Chaos On Social Media

While playing the song, Tim Westwood gave shoutouts to the Kumerican rappers, click here to watch the video.