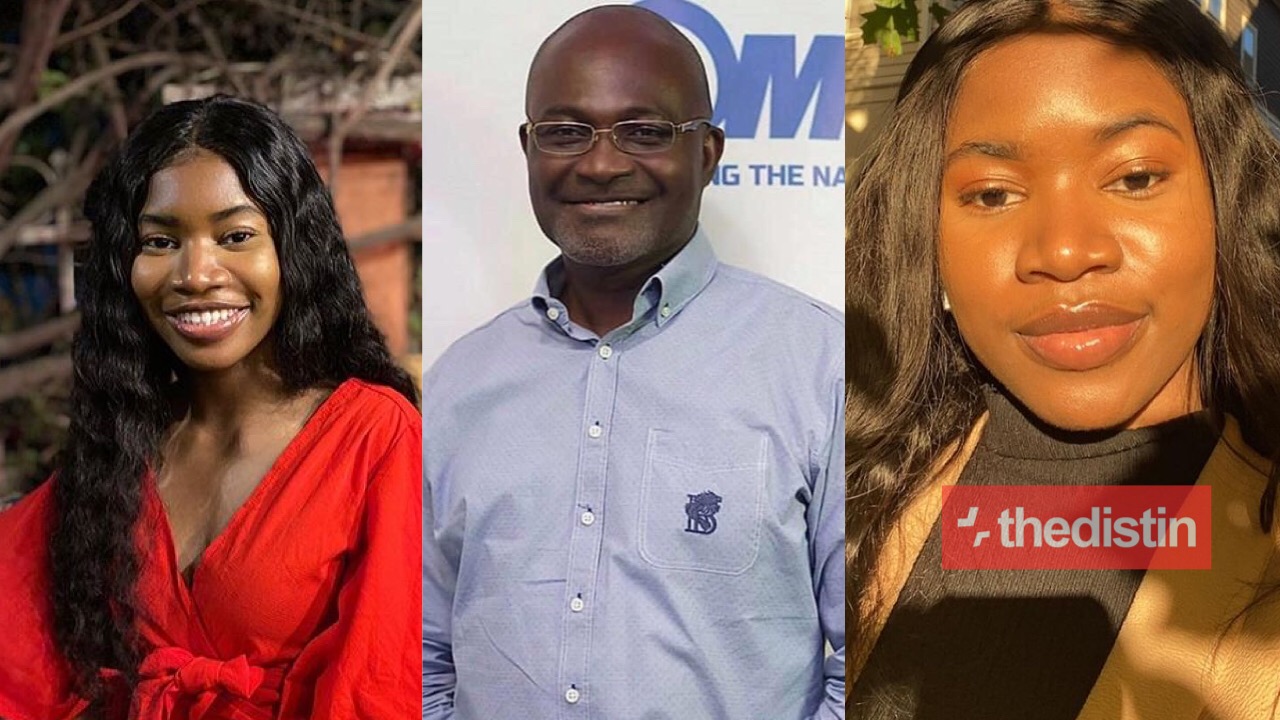 Meet Abby Agyapong, the college student and one of the seven (7) beautiful daughters of Kennedy Agyapong known on social media as the Agy Sisters has given 10 facts about herself.

Read Also: Beautiful Daughter’s Of Kennedy Agyapong’s Cause A Stir On Social Media With This New Video

Thedistin.com has already published 10 facts of Yvonne Agyapong, the last child among the seven, Kennedy Agyapong’s 16-year-old daughter who is based in the States and is also a High School Student, click here to Read More About Yvonne with her pictures.

The second to last of the 7, Abby who turned 21 last December has on their group page on Instagram shared some facts about her life.

Read Also: Close Schools Down Now – Kennedy Agyapong Pleads With The Government Over The Rise In Covid-19 Cases

Unlike Kennedy Agyapong‘s 16-year-old daughter, Yvonne who is based in the States, Abby has lived in Ghana her whole life.

Abby is in her final year of college studying biology, global health, and infectious diseases. She is determined to become a doctor and a health professional in the future. In one of the pictures she attached to her profile, she was seen at Ejisu, in the Ashanti undertaking a health screen exercise on some of the inhabitants.

Abby has admitted that she is no where closer to her kid sister, Yvonne, in terms of her reading habits as she has revealed she loves to listen to music and podcasts, to read, and watch tv shows and movies in her leisure times.

The beautiful and ambitious Abby who is allergic to pineapples has disclosed that she is a die-hard fan of Manchester United.

Read Also: A Toddler Leaves Social Media Users In Awe After Faking To Collapse When She Was Caught Messing Up The Bathroom | Video

Below are the top 10 facts about Abby Agyapong:

Hey everyone! my name’s Abby and I’m the second to last of the 7. I just turned 21 last December (S/O to all my December babies) so if you wanna send me small small gifts you can oo, I’m still celebrating 😅😭

Here’s some 10 things you should know about me

1.) I am not where I am in life and who I am in life without God’s grace and mercy (this one’s probably the most important)

2.) I lived in Ghana basically my whole life!

4.) I’m currently finishing up my last year of college studying biology, global health, and infectious diseases. I’m tryna become a doctor and public health professional one day 🙏🏾 (slide 6 is a picture of me from a health screening in Ejisu)

5.) I’m obsessed with getting stronger and stronger everyday and am always looking for new fitness challenges to help me do that

6.) I spend a lot of time reflecting, journaling and praying. I think it’s important to do that to continue grounding yourself in your truth and your purpose in life

7.) In my free time, I love to listen to music and podcasts, to read (not as much as Yvonne though), and watch tv shows and movies

8.) I am a Manchester United fan so I will not tolerate any Man U slander from anyone on here🥴

9.) I absolutely love spending time with my friends and my family

10.) I’m allergic to pineapples which is so unfortunate because I hear they’re so tasty

10.) I also love everything hair-care! I started my natural hair journey about three years ago and I’m always looking to explore new hair masks, products etc (slide 7 is a picture of the girls fresh outta braids in March 2020)

So that’s a little about me!! Hope y’all have a great dayy

Below are more pictures of Abby: