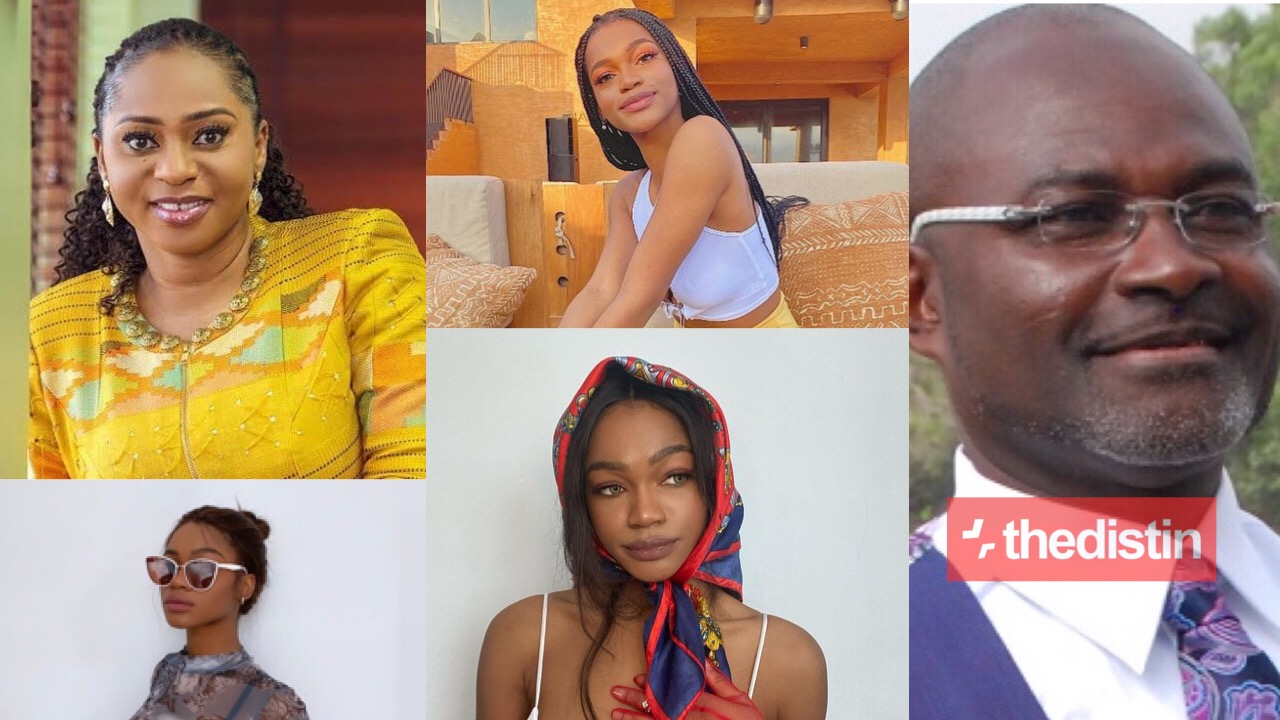 Meet Tracey, the entertainment and fashionista among the seven (7) beautiful daughters of Kennedy Agyapong known on social media as the Agy Sisters has given 10 facts about herself.

Out of the seven (7) daughters of the Ghanaian law maker, Yvonne, Abby and Geraldine have already shared their top 10 facts about themselves, click here to know more about them.

Tracey, the 5th daughter among the seven on that group Instagram page has shared some facts about herself, her family including step mother, Adwoa Safo etc.

From Tracey’s profile, it looks like she is all about creative arts as she has revealed she studied Mass Media Communications in college.

Tracey’s creativity varies from fashion to movie and music production. According to Tracey, she designs her own clothes and hopes to launch her clothing line in the future. Tracey does a bit of DJing, directs, write and produces movies and music.

Rea Also: Beautiful Daughter’s Of Kennedy Agyapong’s Cause A Stir On Social Media With This New Video

Tracey is one of the ‘triplets’ of Hon. Kennedy Agyapong. Tracey, Abby and Geraldine are considered the triplets not because they were born on the same day but in the same year “1999” possibly by different mothers.

According to Tracey in a Question and Answer game with her followers on Instagram, she was born in Kumasi but moved to the States when she was around 1 year and has spent most of her live outside.

Below are the 10 facts about Tracey, the oldest between Abby, Geraldine – The ‘Triplets’:

Hey! I’m Geraldine, G for short 😊 (I have another name as well which if you follow my personal Instagram you already know)! I’m 21 years old. I’m #5 out of the 7 of us on this Insta!

Here are 10 random facts about me!
1. I love everything fashion! I actually design my own clothes, i hope to one day launch my clothing line! I also worked at NYFW last year which was a dream come true. (slide 9/10 for how my design came to life for afrochella 2019!)
2. I am very creative and love to express myself (even tho im pretty shy at first).
3. I studied Mass Media Communications in college and also have a film production and graphic design certificate! However my favorite class was interior design, I cant wait to create my dream house one day.
4. I LOVE to take pictures especially on 35mm film and industrial style spaces!
5. I love love love music! I have a very mixed music taste. I recently started DJing so im working on a few mixes to hopefully share soon and i also make monthly playlists on apple music!
6. I’ve written, produced and directed two short films! I wanna dive into music videos more and eventually feature films! (Slide 6 you can see me as DOP for short film ‘10 Bands’)
7. My favorite color is pink, but i think light green and lavender look the best on me lol.
8. I am the second tallest sibling! I’m a little over 5’9
9. I LOVE TO COOK! My mac and cheese is a family favorite!
10. Im very spiritual , I try and start my day thanking God and end the day with meditation and yoga! (Ive now been doing yoga for 4 years to keep me in shape and also work on my balance and flexibility lol I’m not a huge fan of the gym tbh)

In a QnA game with Tracey and her followers, she was asked to choose the best between her father and mother and she noted that she loves both parents but went in for her adding that she is the best.

A konkonsa admirer of Tracey who wanted to know more about her step mother asked her relationship with Hon, Adwoa Safo and her kids and Tracey answered that during Christmas and thanksgiving in Ghana, all the children of the law maker came together and they made merry before she returned to the States.

Below are beautiful pictures of Tracey Agyapong: