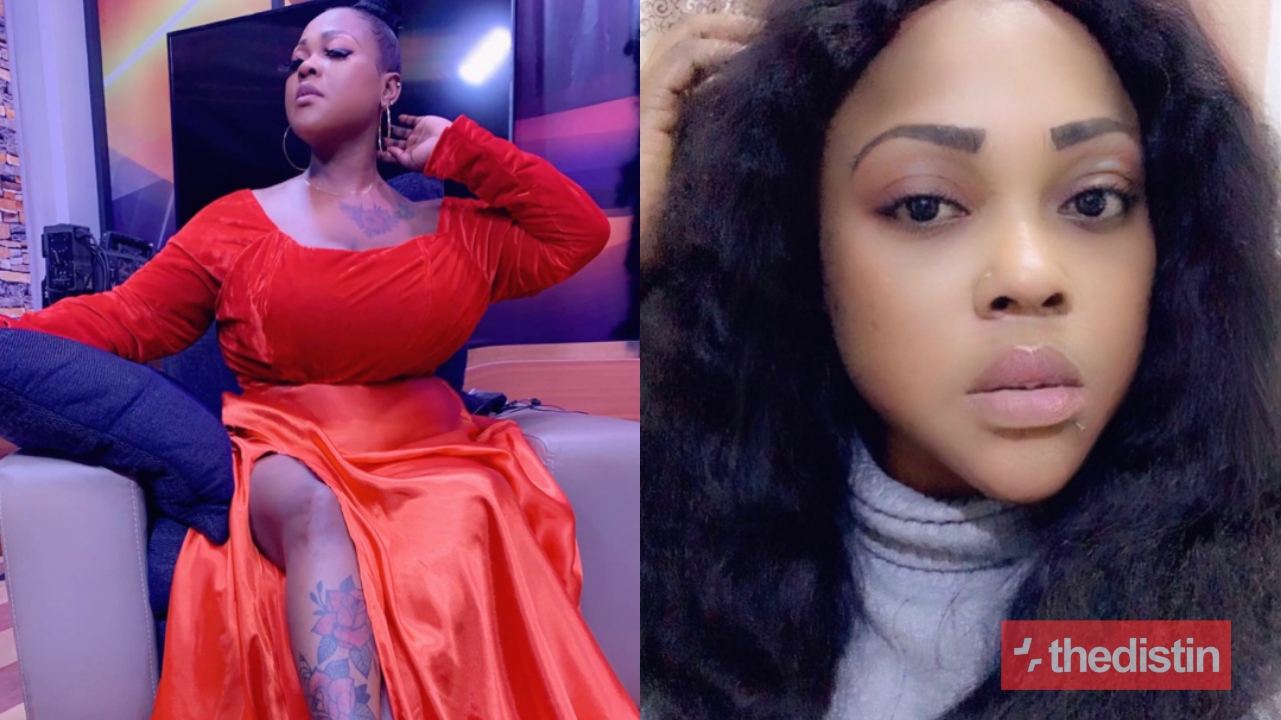 Host of Link Up show aired on Kantanka TV, Mona Gucci, has threatened to shake some serious table after social media users mocked her when she revealed that she is an immigration lawyer.

The Kantanka TV host of Link Up stated clearly on United Showbiz that she is an immigration lawyer.

Read Also: Uncontrollable Tears Flow As Sad Video From The Funeral Of Becca’s Mother Pops Up

Mona revealed that she studied immigration law in Massachusetts School of Law, where she graduated.

She stated further that she did her internship with Abigail Williams & Co, a law firm she claimed was located in Massachusetts where she lived.

Mona’s revelation about her profession got many netizens shocked and talking because a lot of people are finding it difficult to believe her.

Well in posted sighted by thedistin.com on the page of Instagram blogger, Ghhyper, Mona Gucci has threatened to shake some serious table.

What baffled me on the United Showbiz yesterday…was they forgot who they were tryna conspire. Mona Gucci? How can y’all stoop this low….? Now am forced to open keys n shake tables on link up show on Friday–Sorry