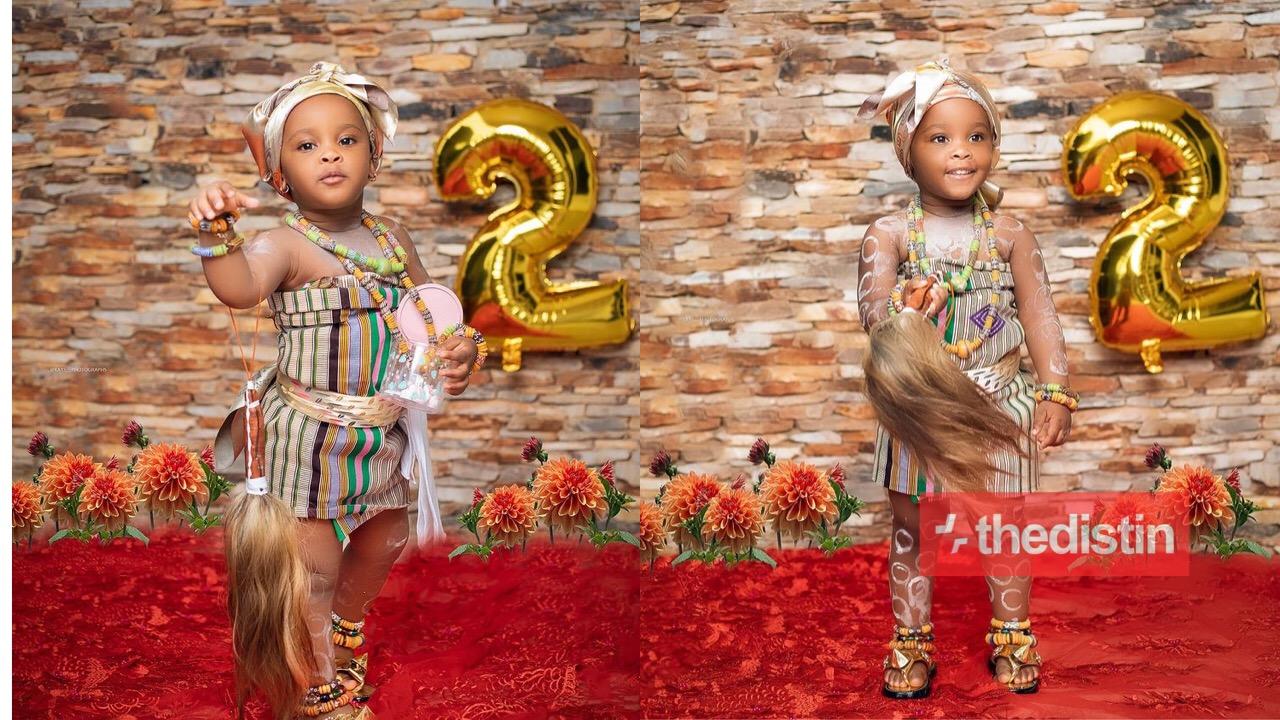 Actress Nana Ama McBrown has disclosed the Ewe name of her daughter, who was named after her daddy.

Read Also: Being With Shattta Wale For 8 Years Was A Waste Of My Youth – Shatta Michy | Video

Nana Ama McBrown in one of her posts recounted her joy when she first held her daughter in Canada.

It took the Actress so many years before giving birth to her first daughter which was an indeed a miraculously birth. she gave birth at her early 40s few years after getting married. As it is deemed as women ability to get pregnant becomes more rapid once you reach mid 30s.

Read Also: Uncontrollable Tears Flow As Sad Video From The Funeral Of Becca’s Mother Pops Up

Nana Ama McBrown giving birth to Baby Maxin has been one testimony she always ponder on to glorify the name of God as she once revealed that she hardly thought that she will someday also become a mother.

It’s apparently clear that she has had a big influence on her daughter, who is known as Baby Maxin with how she cherishes and treats like the “apple of her eyes”. Nana Ama Mcbrown has been showing Baby Maxin an unconditional love and affection right since she gave birth to her.

Nana Ama McBrown celebrating Baby Maxin’s 2nd birthday has flooded the Internet with a whole lot of set of pictures in a lavish style.

Read Also: Kuami Eugene Disrespected Me While Smoking Peace Pipe With Richie On UTV – Guru On Why He Made A Diss Song | Audio

Mawusi was named after her father who is known as Maxwell Mawu Mensah.

Check out some Photos of Mawusi dressed in Kente in the ewe style;