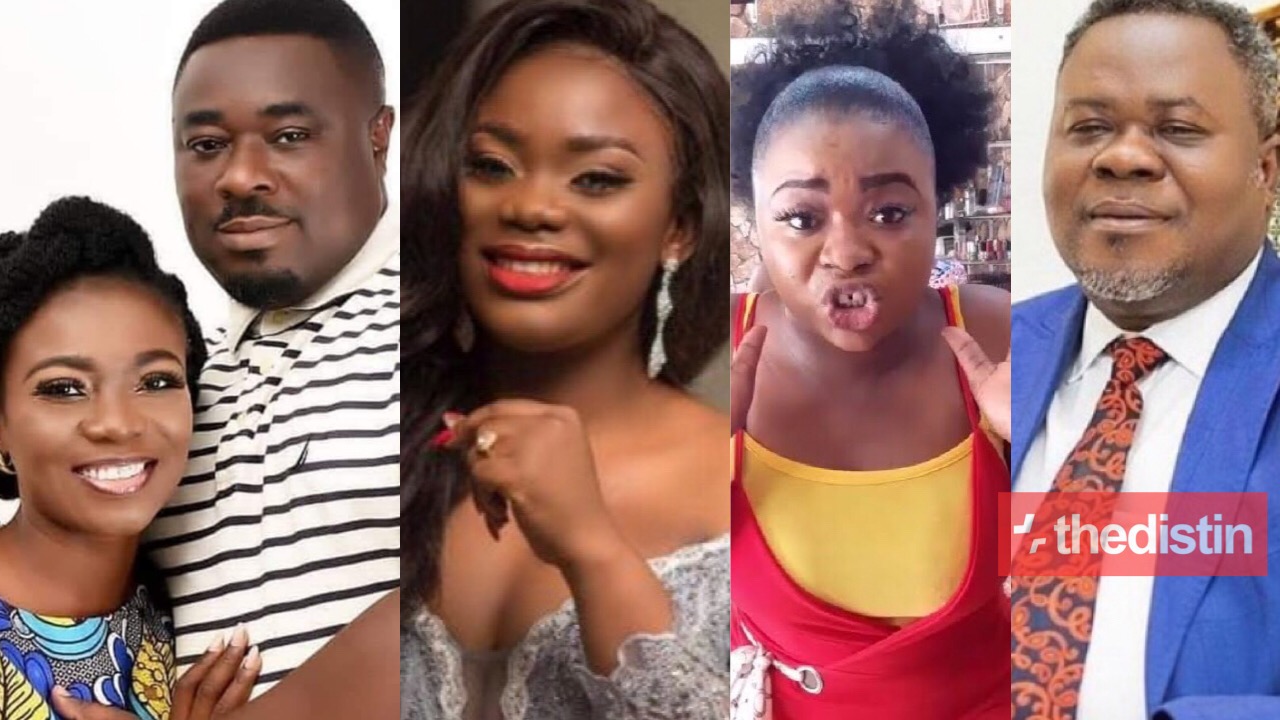 Amid rumors that Stacy Amoateng is the brain behind the Akua GMB and Dr. Kwaku Oteng‘s divorce, Okyeame Quophi has jumped on defense of his wife as he has vowed to expose Akua GMB‘s marriage and reveal what really broke the marriage.

The aftermath of Akua GMB’s failed marriage with Dr. Kwaku Oteng has caused more stir than any other person in Ghana.

Read Also: Shatta Wale Jabs Michy After She Said On Utv That She Wasted Her Youthful Years Dating Him

There has been an existing claim that Stacy Amoateng allegedly friended Akua GMB, broke her marriage and took over her position with Adu Safowaah as the last person backing it.

That has been a claim out there causing confusion and back and forth fight!

Currently, Stacy Amoateng’s husband has jumped on the beef and trying to run Akua Down with everything he’s got!

After releasing curses on Akua GMB and her children yesterday, Okyeame Quophi has again vowed to expose Akua over what really broke her marriage.

Read Also: Kuami Eugene Disrespected Me While Smoking Peace Pipe With Richie On UTV – Guru On Why He Made A Diss Song | Audio

According to him, he’s ready to fit in Hon Kennedy Agyapong’s position to expose Akua GMB and spill all her secret.

Mind you, Akua GMB, formerly, more or less took Stacy Amoateng and her husband as her godparent.

Firstly, Okyeame Quophi cursed the enemies of her wife after he shared a beautiful of her. He wrote:

I curse the mouth that conspires against you in the grand scheme of shaming you to their fourth generation. Anyone connected to their grand scheme will know no peace. They will have men but never husbands. They will have women but never wives. They will bring forth their kind and they will be destroyed by their own blood. They will know no peace. The rise of the sun will be the beginning of their pain and the night will be the end of their Joy. If there is a God that I serve and he hears me and speaks to me, they will be beggars, they will hunger and thirst and the world will bear witness and learn from from their foolishness. May their Favour and Grace be taken, their prayer be noise to the Angels that deliver them. May the justice spirit of Yaweh watch over these words and see it to the latter. I seal this curse with the blood of Christ which is still fresh on the alter of sacrifice.

After the curse, the former musician but now a presenter decided to gush over his wife’s beauty as he heaped praises on her after he share a slideshow video on his Instagram page.

Sharing the vdeo, he wrote:

A woman of substance. A wife like no other. Truthful to God and mankind. Raised and not marooned. Obaapa. Di wo mmr3 wati. Baako a oda Mpem mu .Your blessing just started yet they think it’s your peak. Hahahaha if only they knew
Your name Stacy connotes Authority.
It’s now causing fear and panic. Hahahahahaha Love you boo

Lastly, the host on Angel FM, Okyeame Quophi shared a note that he is ready to expose what broke the marriage of Akua GMB and Dr. Kwaku Oteng.

Sharing to note, he wrote: