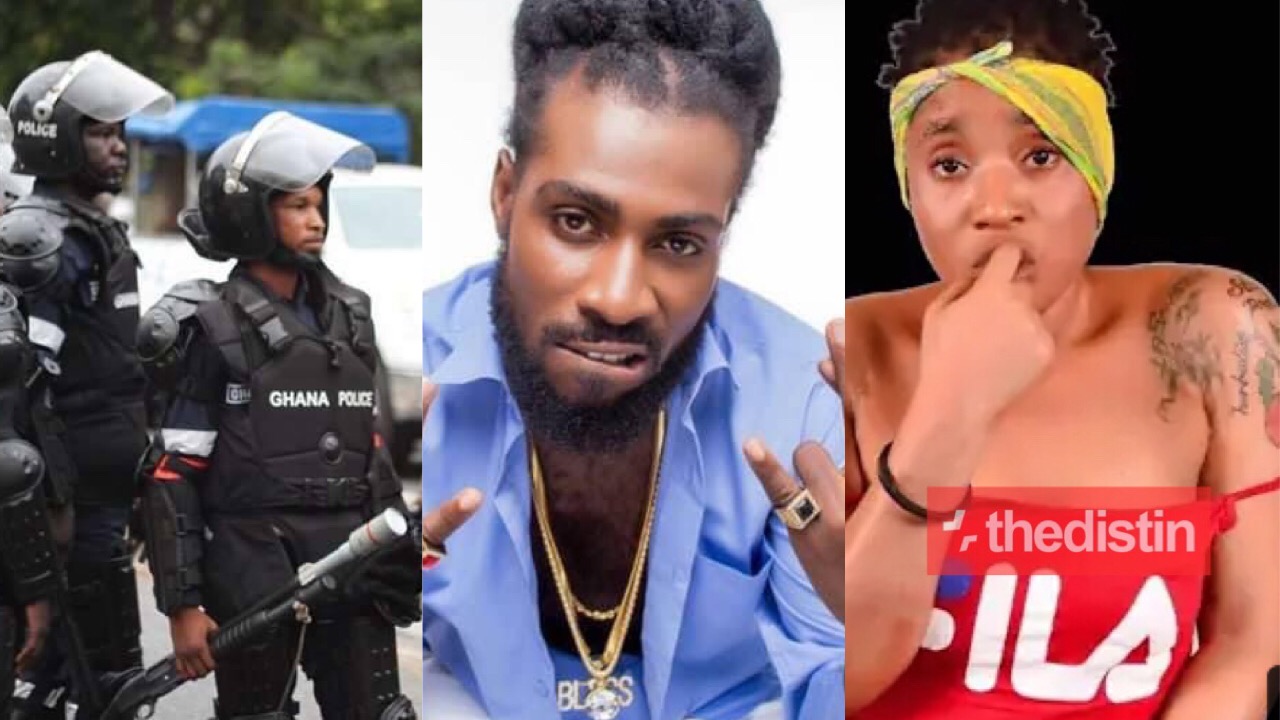 Original Shana, artist who called Jennifer Osei popularly known as Akwatia Ama Broni, the lady who died at the age of 26 after twerking n@k3d on stage at carnival festival at Kasoa has been invited by the police after she was laid to rest.

According to Sammy Baah Felix of Zylofon FM, the police are done investigating the death of late Ama Broni and some arrests and investigations have kicked off.

Sammy Baah Felix revealed that Original Shana, the artist who called the late Ama Broni on stage being invited by the police for questioning.

The manager of Original Shana was called in a phone-in interview and he confirmed that on Friday, 19 February, he adhered to the police invitation with his artist.

Original Shana’s manager did not disclose the exact reason they were invited by the police but insisted that he would be very disappointed in Ghana Police should they put his artist behind bars.

The burial service and it’s arrangement of the late Ama Broni were held at her hometown in Akwatia on February 12.

Friends, family and loved ones of the late Ama Broni graced her funeral with their presences as they paid their last respect to her.

At the scene, a lot happened; Ama Broni’s female friends stormed her funeral with serious tw3rk competition, click here to watch the video.

Thedistin.com has earlier reported of one lady who even showed her underwear and another lady was heard hyping an event asking people to come just like the late Ama Broni hyped the event she met her untimely death at meanwhile other with were seriously displaying their ‘bum bum’ whining skills.

Aside female friends of the late Ama Broni displaying their waist whining skills, a serious confusion rocked her funeral as her male friends fought over her coffin.

When the coffin was taken out of the car, many of the men around were fighting over it as each of them wanted to carry it on their shoulders, click here to watch the video.

Ama Broni met her untimely death after she twerked on stage at a carnival in Budumburam, Kasoa,  click here to watch video of her twerking n@ked.

Ama Broni, after twerking unclothed on stage passed away, after she was electrocuted by some wires she fell on while leaving the stage.

The young girl was rushed to the nearby hospital for treatment but was pronounced dead on arrival.

According to reports, Ama Broni was a mother of 3 with two being twins who are just seven months old, click here to see picture of Ama Borni’s twin daughter.