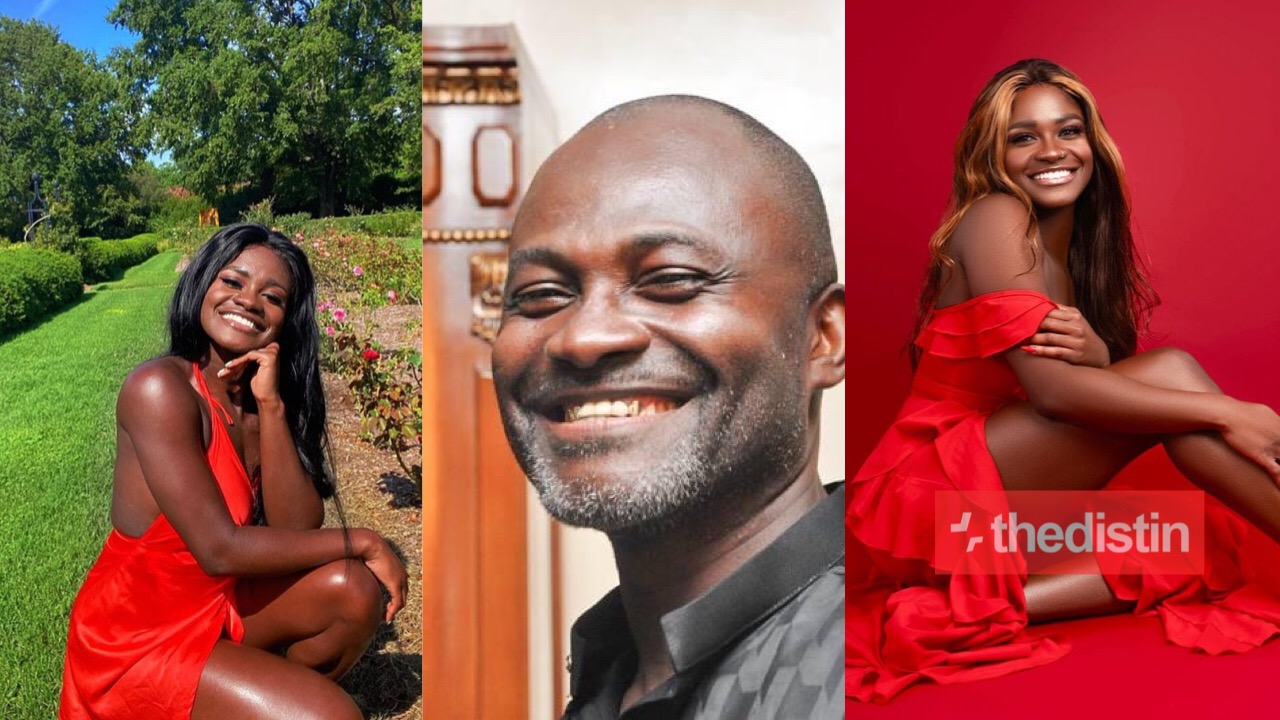 Meet Anthonel Ohenewaa Agyapong, the 23-year-old daughter of Hon Kennedy Agyapong and one of the seven (7) beautiful daughters of the law maker known on social media as the The Agyapong Family (Agy Sisters) has given 10 facts about herself.

All the 7 daughters on that group page on Instagram have provided ten facts about themselves as way to interact with their online friends and followers.

Anthonel Ohenewaa Agyapong, the female look alike of Kennedy Agyapong among all the 7 has also given some facts about herself.

Anthonel Agyapong is a pescatarian, a fitness enthusiast, a model and currently a Covid scientist for a lab in Washington, D.C.

In her leisure times, Anthonel Ohenewaa Agyapong involves herself in clothes crocheting and reading.

Read Also: Tracey: One Of Kennedy Agyapong’s ‘Triplets’ Reveals More About Herself, Talks About Her Stepmom, Adwoa Safo And More

Anthonel Ohenewaa Agyapong has studied public health science and pre dental but currently in school to complete her post graduate program to make her a stronger candidate for dental school.

Below are the 10 facts of Anthonel Ohenewaa Agyapong, the 23 year old daughter of Hon Kennedy Agyapong:

Akwaaba Everyone!! My name is Anthonel (pronounced Anthony + Nell at the end), the female look alike of Kennedy Agyapong 😂 On this beautiful day I’ll be sharing 10 facts about myself❣️

1. I absolutely love love LOVE to work out! I am obsessed with anything fitness (nutritional eating, new workouts, workout clothes etc)

2. I am pescatarian (seafood replaces meat in my diet) and have been for almost 5 years!

3. Another love I have on the same level of working out is reading! My favorite genre are books focusing on positive thinking and manifestation. I just finished an amazing book called the Secret that I’m adding to my favorites along with the three books in slide 7

4. My top favorite genre of movies is actually animation 🤫 I love watching animation movies and tv cartoons with my little siblings! A big part of me loves children and is a child at heart

5. My favorite animal is the Elephant! I have elephant figures and art all around my room as they are animals that represent good luck, peace and patience (My two sisters visited Columbia and brought me back a beautiful gold elephant figure that bought me to tears, if that’s not love I don’t know what is 🥺)

6. Although I love to travel, I absolutely hate flying! I have a fear of heights (see slide 8 for my last trip to Tulum, Mexico 😍)

7. I am currently a Covid scientist for a lab in Washington, D.C.

8. I am also currently in school completing a post grad program to make me a stronger candidate for dental school (see slide 5 for my undergrad graduation)

9. I discovered two new hobbies of mine during quarantine and one of them is clothes crocheting! I’ve made several tops and made a skirt! I am currently working on a new two piece ( see slide 9 for one of the tops I crocheted)

10. My newest hobby is modeling! It’s developed into a passion that I enjoy getting to express another side of me while meeting talented photographers and recreating amazing concepts! Don’t be surprised if you see me in the next fashion week 😉