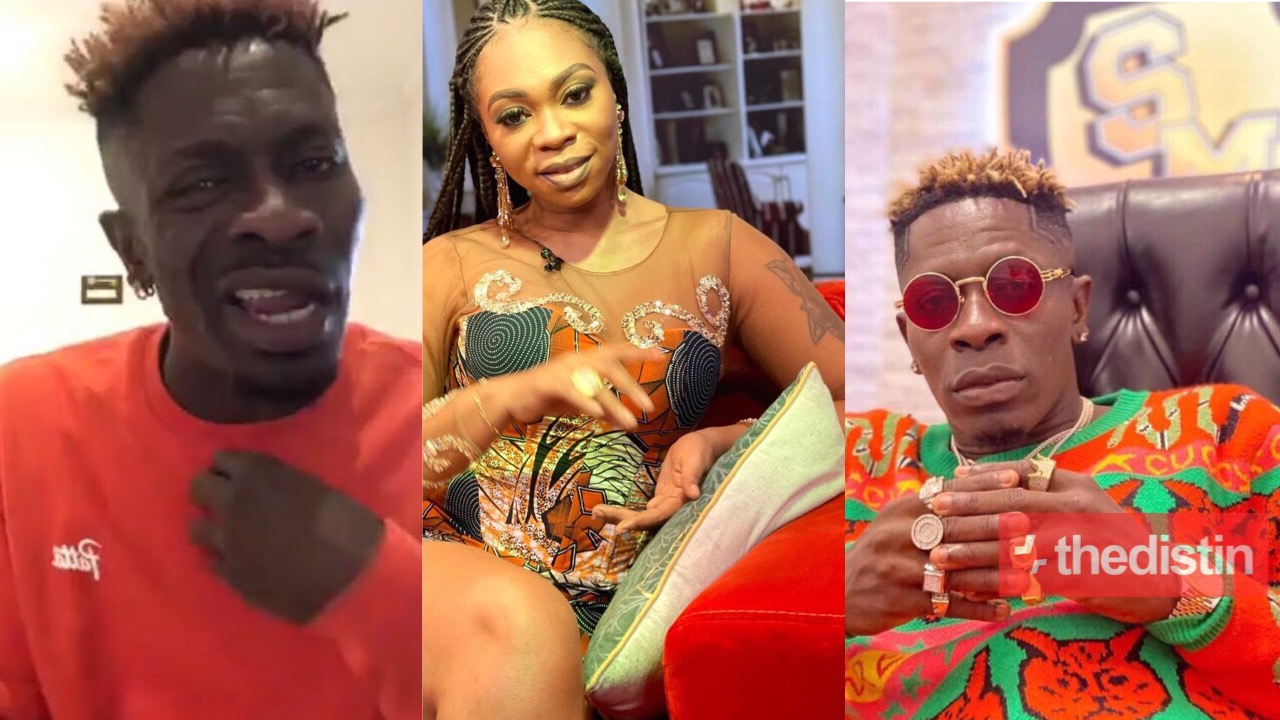 Dancehall artist, Shatta Wale has reacted after Michelle Diamond popularly called Shatta Michy revealed to the world she wasted her youth by being in a relationship with him for 8 years and that she has made properties on her own after leaving him.

Shatta Michy has told the world her greatest regrets while on Utv‘s United Showbiz as she revealed that her 8 years of relationship with Shatta Wale is a waste of her youth.

The mother of one and CEO of Chopius Gizdod stated that her mother warned her to plan well for her future but she put deaf ears and followed Shatta Wale at the age of 16.

Although Michy said she has deeply regretted, she noted that there were lessons she has learnt which are educative ones for her.

Read Also: ‘I Just Got Back From Mass, I Can’t Sin, Give Me 3 Hours’- Nana Aba React To Twitter User Who Questioned Her

According to Michy, she is currently studying law and wants to better herself for her son, Majesty to use her as mentor, click here to watch the video.

In a post shared on the WhatsApp status of Shatta Wale, he revealed his disappointment in Michy over claims she made on Utv.

According to Shatta Wale, whatever Michy said on Utv, he has taken it in good faith because he still care and he’s still trying for her and their child even in this hard times.

Read Also: Checkout The Complete List Of Winners At The Headies 2021

The Dancehall artist said he gave Michy a car and a house adding that is only God who knows he is a good man.

Below is a screenshot: