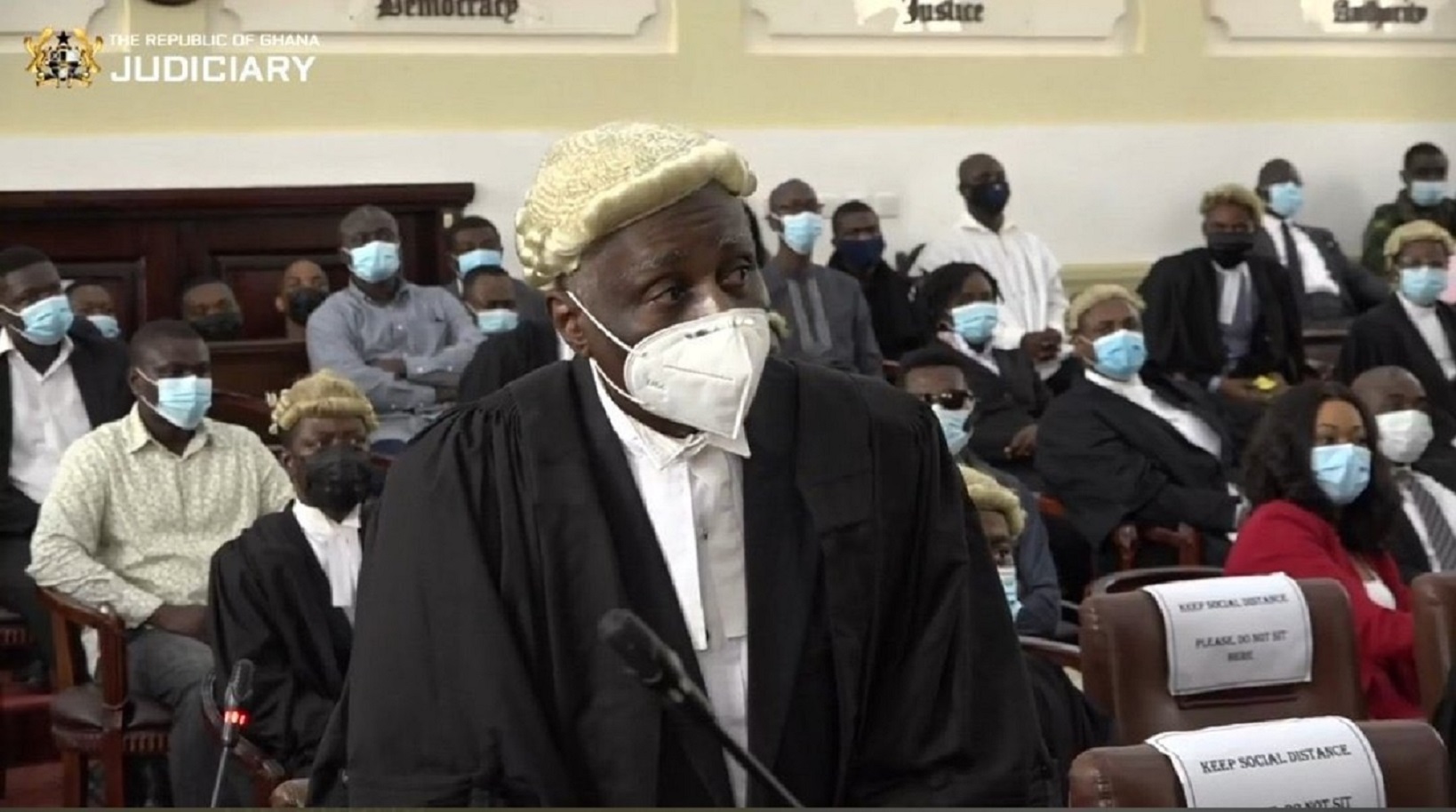 Lawyer for the lead counsel for the petitioner at the supreme court, Lawyer Tsatsu Tsikata concluded with submission with a well-known bible verse.

However, Lawyer Tsatsu Tsikata pleads for 1 minute to end submission and he lamented on the decision of the Supreme to revise a judgment by the ordinary bench.

He continued to blast the Judges,, he said

“May you decide with your conscience and your judicial oath” Hosea 8:7 They sow the wind and reap the whirlwind. The stalk has no head; it will produce no flour. Were it to yield grain, foreigners would swallow it up