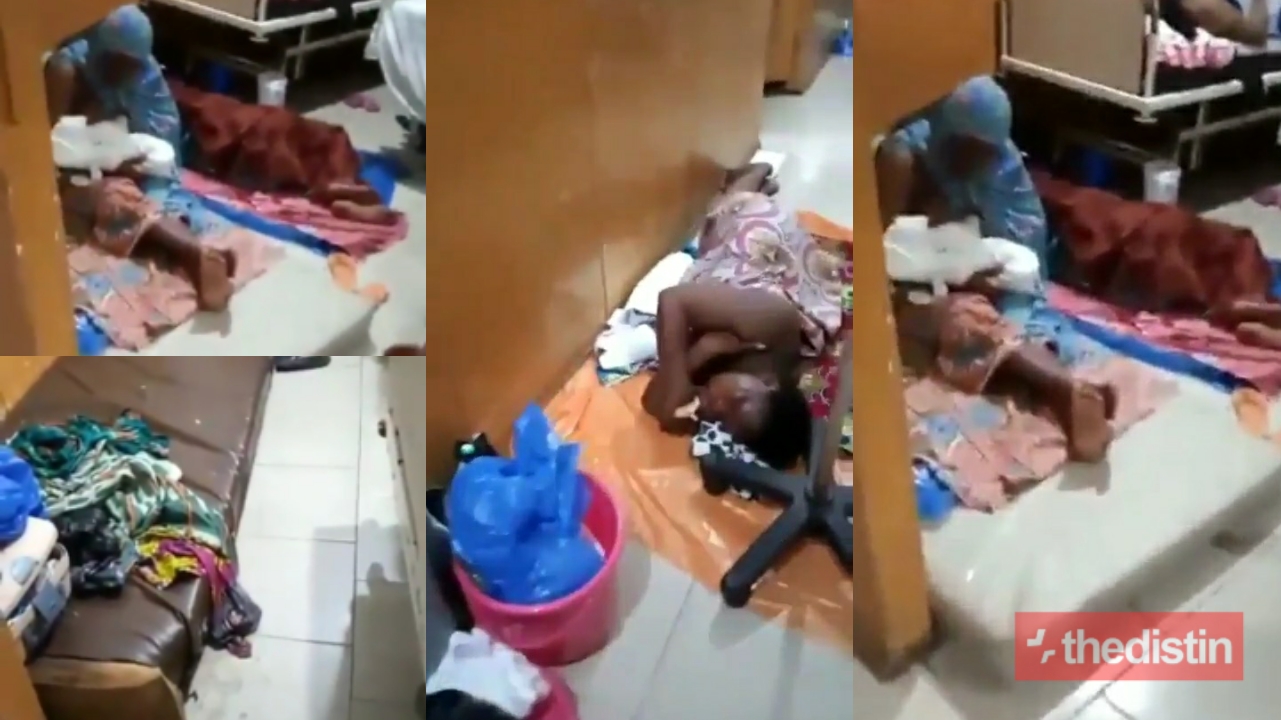 In the 21st Century, health care in Ghana is still in a poor state.

Thedistin.com has sighted a heartbreaking video of some pregnant women and newly delivered mothers lying on the bare floor at a hospital.

Most of these women are lying on the floor because there’s lack of beds at the hospital as a result the patients have not option than to sleep on the bare floor.

Read Also: Nana Agradaa Exposes Vivian Jill Lawrence As Well; Says She Was Fighting With Tracey Boakye Over A “Papa No” | Video

The mind blowing aspect is that our government is spending a huge amount of money on building a cathedral while hospitals in remote areas across the country are suffering.