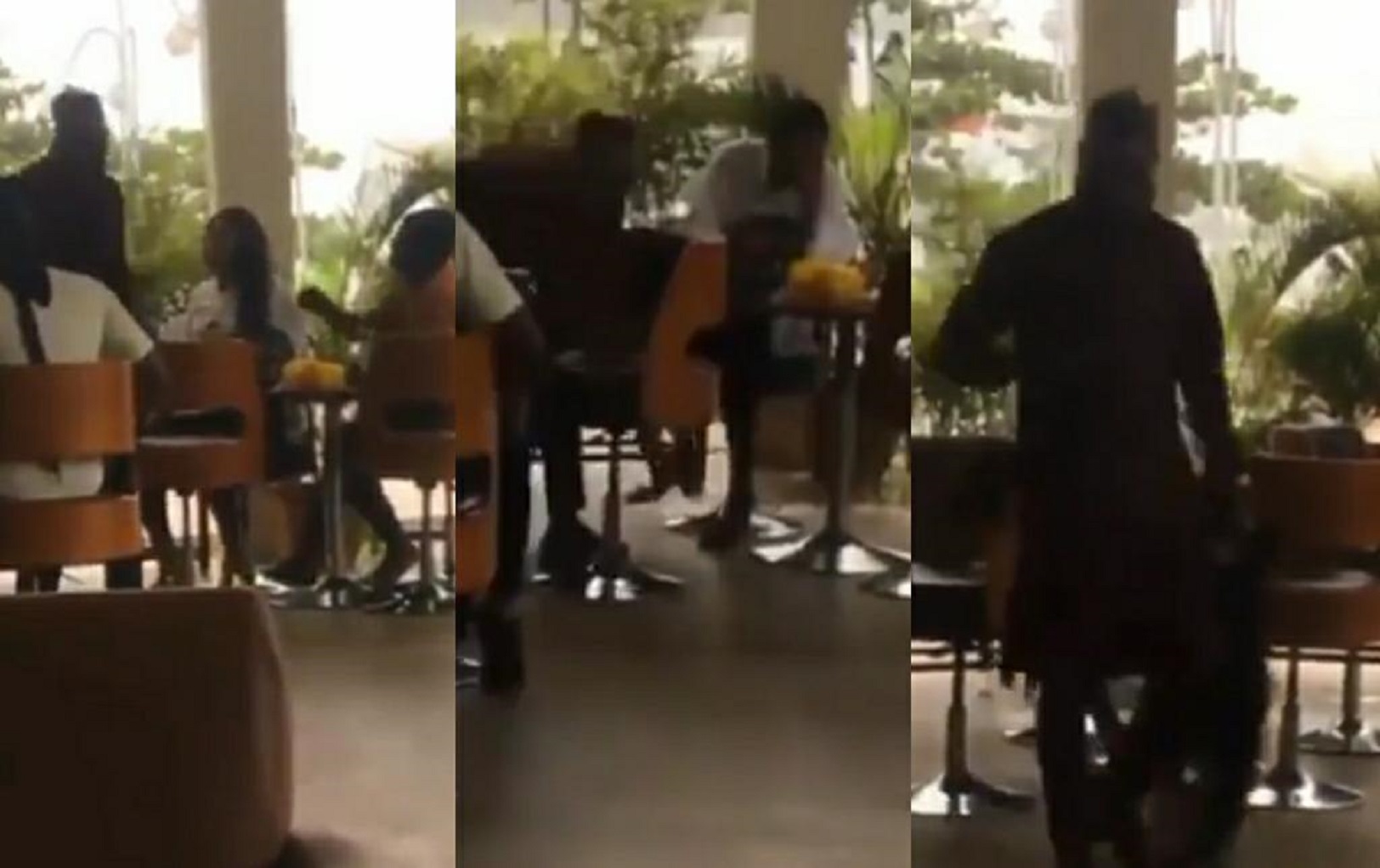 A video of a man taking away things he bought for the girlfriend in a restaurant without touching the other man has caused stirs.

The man upon getting a tip off of his girlfriend been on a date with another man after spending so much on her decided to make a move.

In reaching the restaurant where the girlfriend was having a date with another, he went straight to their table to take back his items.

He never said a word to the other guy but rather went to his girlfriend and started removing her bone straight, slippers and took away the iPhone he bought for her.