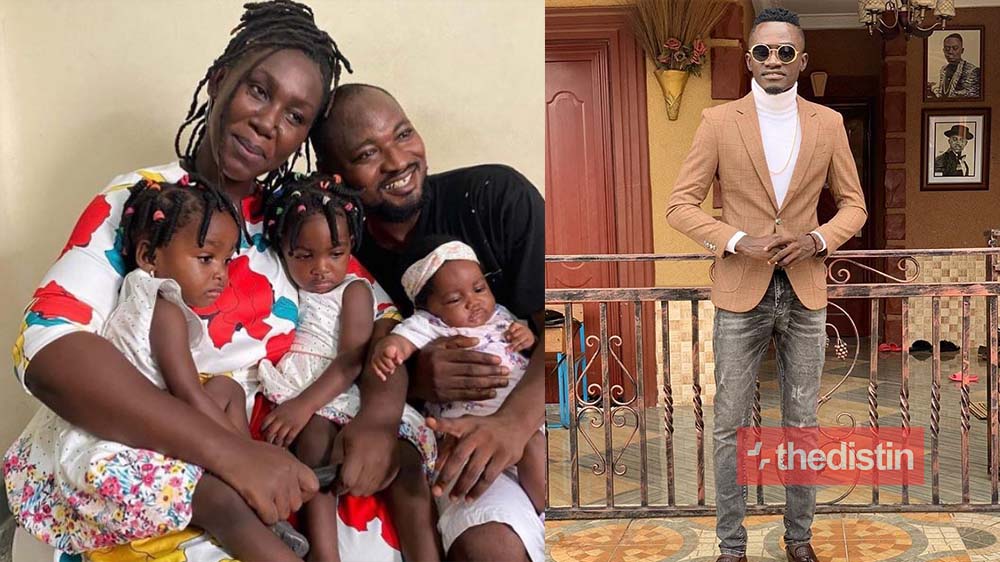 Funny Face for some years now has been accusing Lil Win, Kalybos, and Bismark The Joke for causing the separation between him and his baby mama.

According to him, they are the reason why his relationship with his baby mama hit the rocks due to some things they have been telling her about him.

Meanwhile, Yesterday February 22, viral photos of Funny Face and his baby mama and his 3 children hit the internet which shows they are reconciling after beefing each other for months.

Lil win who is one of the accused persons has reacted to their reconciliation.

The actor took to his Instagram page to share a picture of them with a caption thanking God for bringing them back together.

Below is the screenshots