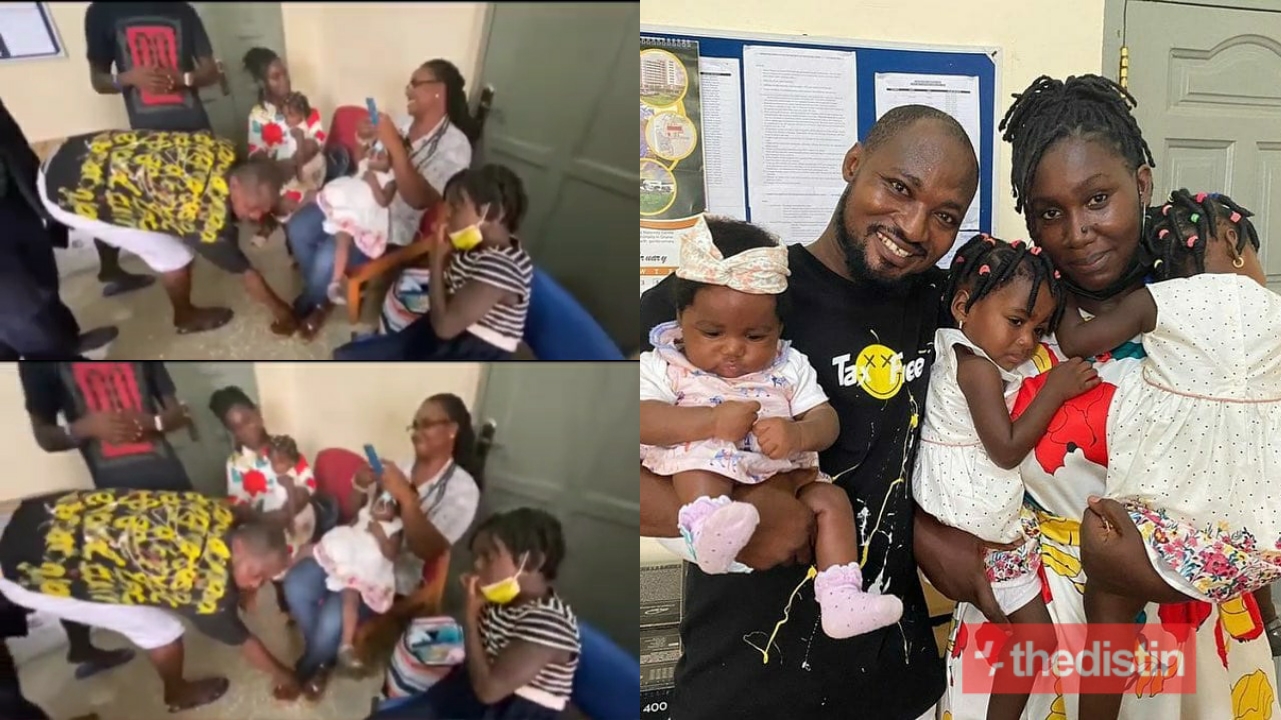 Ghanaian comic actor Funny Face has begged his baby mama Vanessa and his mother in law for forgiveness for how he insulted and misbehaved toward them.

For the past few weeks, Funny Face has been in the news for the wrong reasons.

Funny Face a few weeks ago was arrested by the Police for unlawful firing of ammunition.

The comic actor later came on social media to share the video of how the police brutalised him and began raining insults on them.

He was later arraigned before the Ofankor circuit court who ordered that he be sent to Accra Psychiatric Hospital for two weeks.

Read Also: “A Plus’ wife, Akosua Vee is broke my cousin pays her rent for her in London” – Mona Gucci (Video)

Many Ghanaian celebrities and his colleagues in the movie industry suggested that his baby mama Vanessa bring his kids back to him and everything will go back to normal.

Well, thanks to kind hearted and thoughtful Kwaku Manu, Funny Face reunited with his baby mama Vanessa and his three daughters.

In the video available to thedistin.com, Funny Face is seen very excited upon meeting his kids and seeing his baby Mama, Vanessa.

The comic actor jovial talked about the Doggy style Vanessa will give him after he leaves the Psychiatric Hospital.

He later went on his knees to beg Vanessa and his mother in law for how he insulted and treated them.