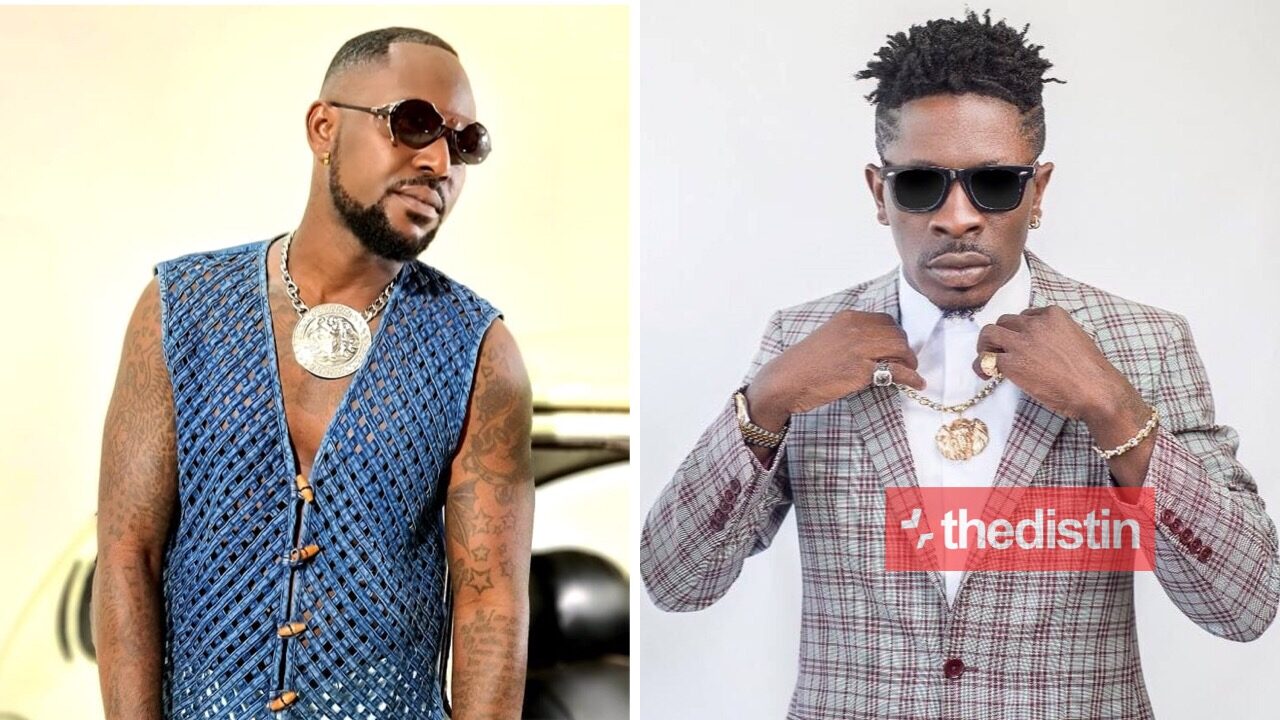 Shatta Wale and rapper, Yaa Pono dirty themselves on social media once again and this time, Samini and Medikal names have been fingered.

Earlier today, Samini and Shatta Wale’s undying feud resurrected and while they were battling for supremacy, Samini dragged Nam1’s name in the beef.

Shatta Wale then replied him that he had all his possessions even before signing a deal with Nam1 on his Zylofon Music Record, click here to read more of the resurrected Shatta-Samini beef.

From nowhere, rapper Yaa Pono jumped into the feud between Samini and Shatta Wale and warned Samini to leave Shatta Wale for him.

Read Also: Dr. Likee Reveals How He Started Acting, The Meaning Of ‘Ras Nene’ And More About His Comic Life | Video

In a tweet, he wrote that he’s not done with Shatta Wale yet so Samini should not come and spoil his meat.

Shatta Wale then responded telling Yaa Pono to also wait for him while he (Shatta) also deals with Samini then he’ll come back stronger with Medikal.

He tweeted: “Ghana rap gorgormi pls wait let me finish with high grade and come back for you with @AmgMedkal you own chairman okay. Stay put”.

A few minutes after Shatta Wale’s tweet, Yaa Pono has hit back again saying that the SM president should not disrespect him. And that he should appreciate the second chance he’s giving him.

“If i give u the second chance and u disrespect the dragon,, we dont do it again, till u get ya brain back to work… LETS SHAKE GHANA.. #LETSSHAKEGHANA”

On Twitter, Yaa Pono shared the same tweet and told Shatta Wale that he will use the same ‘gorgormi’ into his an*s.